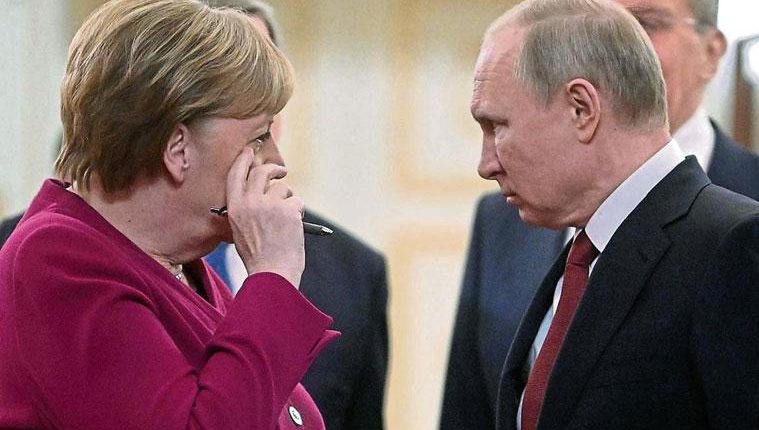 Eyes across the world are on the Berlin international peace conference which is set for Sunday and aims to bring an end to the conflict in Libya, as well as foreign interference in the war-torn country. The conference comes after talks in Moscow last week failed to reach any agreement.

The German foreign ministry said that the Berlin Process “aims to support the efforts of UN Secretary-General António Guterres and his Special Representative Ghassan Salamé to end the conflict.”

“The objective was, in dialogue with international actors with an influence on the parties to the conflict, to create the framework conditions for an intra-Libyan political process under the auspices of the UN.”

Representatives from the US, Russia, the UK, France, China, Italy, the UAE, Turkey, Egypt, Algeria, and the Congo will attend, the ministry added.

The United Nations, the European Union, the African Union, and the Arab League have also been invited, as well as, the head of the Government of National Accord (GNA) and his rival, the eastern commander of the Libyan Arab Armed Forces (LAAF) General Khalifa Haftar.

“I hope that the parties will take this opportunity to put the future of Libya back in Libyan hands. This now requires a readiness to agree on a genuine ceasefire and both parties’ participation in the dialogue formats proposed by the UN,” Maas said.

In the meantime, Maas added that “Haftar has signalled his readiness to contribute to the success of the Libya Conference in Berlin and is willing to participate. He has repeated his commitment to observe the existing ceasefire.”

The Libyan commander left Moscow last Tuesday without signing a ceasefire agreement that was brokered by Russia and Turkey. His rival, GNA Chairman of the presidential council and prime minister Fayez Al-Sarraj signed the draft.

The ceasefire, which was brokered by Turkey and Russia, took effect in Libya at midnight on January 12.

Moscow was accused of supporting Haftar with private security forces from the Wagner Group of Russia. Haftar is also backed by the UAE, Egypt, France, while Turkey is the GNA’s main supporter, in addition to Qatar.

Al Arabiya TV channel cited sources who said that Haftar refused to sign the agreement because “the Russian draft ignored some demands of the LAAF.” Haftar also refused any Turkish meditation and had reservations that the deals signed between Turkey and the GNA would not be paused.

On the other hand, Italy Prime Minister Giuseppe Conte visited Algeria on Thursday to discuss the Libyan crisis. He met with the Algerian president and prime minister  as part of international efforts to peacefully maintain the ceasefire in the North African country.

Earlier, Conte visited Egypt and met with President Abdel Fattah Al-Sisi. The pair agreed on intensifying efforts to reach a political settlement to restore the stability of the North African country, and support national institutions.

British newspaper the Guardian published an exclusive report on Wednesday reporting 2,000 Syrian fighters have been deployed from Turkey to Libya in support of the GNA.

“The Syrian men are expected to coalesce into a division named after Libyan resistance leader Omar al-Mukhtar,” the report said.

A source told the Guardian that the fighters signed six-month contracts directly with the GNA rather than with the Turkish military for $2,000 a month. All men have been also promised Turkish nationality, the newspaper said.

Earlier in December, The UK based Syrian Observatory for Human Rights said that Syrian mercenaries loyal to Turkey are mobilising to Tripoli to support the GNA in exchange for money. The organisation said that Turkey offered fighters between $1800 to $2000 monthly, in addition to other benefits.

There are also reports of 3,000 Sudanese mercenaries who are now fighting in Libya, according to another report by the Guardian which cited leaders of two different groups of Sudanese fighters active in Libya and fighting with the LAAF.

Earlier this month, the Turkish parliament approved a bill that allowed the government to deploy troops to the war-torn country in support of the GNA.

On 27 November, Turkey, and the GNA signed two memoranda of understanding for military and security cooperation. The accords escalated fighting in Libya and triggered tension in the Eastern Mediterranean region.

In response, Haftar ordered to advance toward the centre of Tripoli as part of the “final battle” to control the capital. The military campaign was launched back in April 2019.

The situation in Libya is getting more complicated as concerns rise over the North African country moving towards an all-out war between the two Libyan factions, and their international supporters.

Libya has been wracked by violence since the fall of Moammar Qaddafi in 2011. The oil-rich country has been a stronghold for Islamist militants, and a focal point for migrants who hope to reach Europe.

Amnesty International said on Friday that EU countries attending the Berlin summit “must commit to ending involvement in interception and detention of Mediterranean migrants.”

“Justice for the victims of war crimes committed by both major parties to the conflict in Libya must be the cornerstone of any peace deal that may emerge from an UN-led summit in Berlin,” the organisation said.

At least 284 civilians were killed and more than 140,000 were displaced as a result of fighting in Libya last year, according to the UN.