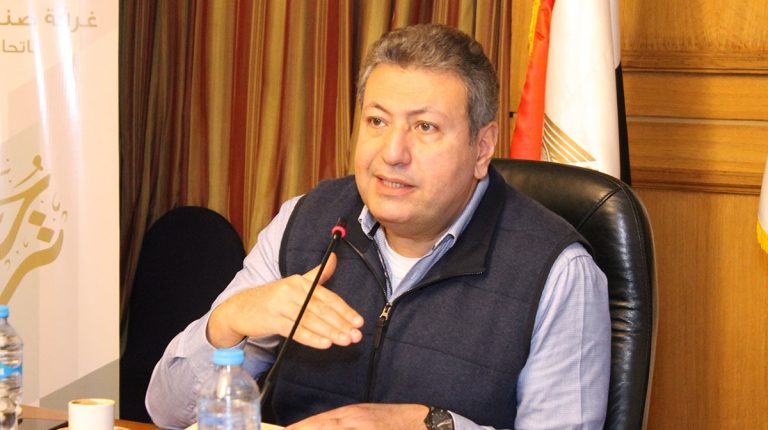 Real Estate Development Chamber of Federation of Egyptian Industries presented its objectives for 2020 in a press conference on Saturday.

The chamber’s objectives includes issuance of the long-awaited law to establish a federation for real estate developers, and improving the sector’s investment climate.

Tarek Shoukry, head of the Chamber, said they held several meetings with Prime Minister Mostafa Madbouly and the Ministry of Housing on the draft law. They ended with a consensus that the federation will be independent in terms of internal organisation.

“We reached the final draft of the law. We now follow up on the law issuance process. The cabinet now reviews the bill, and is expected to be sent to the parliament for discussion and approval soon,” he added.

The Chamber cooperates with the Ministry of Housing last year to solve several problems of local developers. They agreed, for example, that the legal responsibility of any project’s developer shall end after delivering the project.

In addition, the Ministry of Housing shall ensure that electricity capabilities of an area are matching the needs of suggested projects in that area before licencing them.

The Chamber also worked on activating the second phase of partnership contracts between developers and government, which was important in this period after economic reforms.

Accordingly, the Chamber handled the partnership between the Ministry of Housing and developers in the development of social and middle-income housing projects, and ended up with a formula approved by the Ministry.

Another important achievement was the Central Bank of Egypt’s (CBE) quick response to the Chamber’s call to launch an initiative to finance middle-income housing projects with a decreasing interest of 10%. The initiative’s mortgage finance reached EGP 50bn.

Shoukry said the Chamber is also working on improving and facilitating investment procedures in the sector. He also joined the cabinet committee on climate change as a representative of the sector.

Hany El-Assal, deputy head of the Chamber, said the Ministry of Housing is currently studying the final draft of development contracts of social and middle-income housing projects to be established by developers in collaboration with the state. In addition, the Chamber will choose the suitable lands for these projects.

He added that the Chamber asked for distinctive areas that are easy to market and compatible with the requirements of social housing projects.

The CBE’s initiative to finance middle-income housing was one of the most important measures to support the sector in 2019, and contributed strongly to stimulating the market. It also motivated companies to develop projects for middle-income people benefiting from the high demand in this segment.

“The Chamber is looking forward to issuing executive instructions to banks to join middle-income mortgage initiatives which are expected within less than a month,” El-Assal disclosed.

The Chamber is mainly concerned with tourism projects and is studying a set of important issues in this regard, especially with the great interest of the state in such projects, such as medical tourism in Ras Sidr, Sinai.

Undersecretary of Real Estate Development Chamber Amgad Hassanein said the Chamber worked over the last year on supporting small and medium-sized enterprises (SMEs) operating in the sector as it represents a large part of the market and faces many challenges as there is no official body that represents them. Therefore, the chamber began to communicate with those companies and met with those working in New Cairo, with plans for more meetings in the coming period.

Hassanein pointed out that the Chamber is also concerned with raising the efficiency of the sector’s companies. In this regard, it plans to hold several seminars and meetings for developers in cooperation with the American University in Cairo (AUC).

The AUC has great experience in the scientific, academic, and analytical aspects of real estate projects. Those seminars will also enhance developers’ experience in marketing, financial analysis, and liquidity management.

Mohamed Minshawy, a board member of the Chamber, said one of the important issues that the Chamber is working on is establishing a database for the real estate sector in Egypt.

“We have already contacted the Ministry to provide data of building licences, ministerial approvals, sold lands and their areas, and new projects to be the nucleus of the proposed database. We will also contact the Central Agency for Public Mobilization and Statistics to contribute to setting up this platform,” he added.

A problem solving committee was formed by the Chamber in cooperation with the Ministry of Housing to settle important issues in the sector last year.

Bassel Shoirah, deputy head of the Chamber, said they worked on the file of property export and opening foreign markets for developers. The Chamber called for granting residency to foreigners in exchange for buying property, which was added to the Property Law approved last year, but the idea still needs to be promoted appropriately.

“We work vigorously on this file on two levels, the first is to define investment opportunities in African markets and provide detailed data about these markets, and the second is to promote local properties in foreign markets,” he added.

Shoirah revealed that the Chamber will form a committee for property export whose mission is to provide technical support and communicate with relevant authorities to support companies in marketing their projects abroad.

He emphasised the importance of e-marketing for property export, which is the best way to reach target customers.

As for advertisements by real estate companies via various media outlets, he noted that it requires a legal framework that prohibits advertising agencies from promoting projects that do not obtain ministerial approval or building permits to protect both the market and customers.