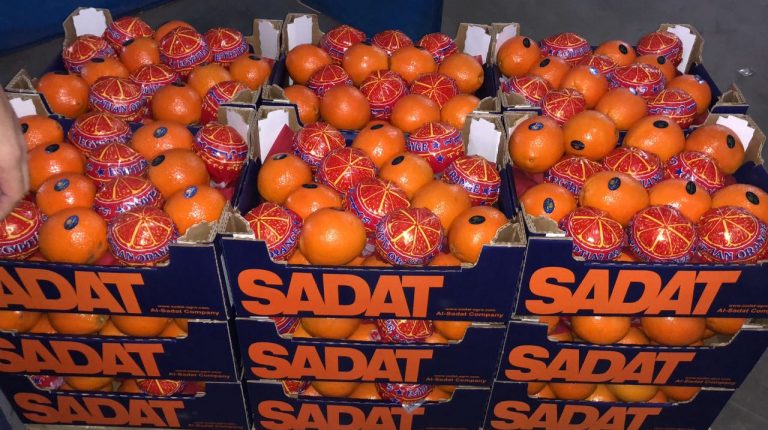 Sadat Fruit Company (Agro Fruit) aims to increase its exports during the current season to 25,000 tonnes, compared to 17,000 tonnes during 2019.

Haitham Al-Saadani, the company’s chairperson, said the company places its hopes on citrus fruits for China to increase its exports during the coming period, coinciding with the conclusion of new export contracts for summer oranges.

He explained that summer oranges have a good opportunity in the Chinese market, as they are commensurate with the timing of the end of the local production season in January, and due to the durability of summer oranges for the long period of shipment between Cairo and Beijing.

He added that the company allocated about $4m to invest in the construction of a plant for sorting and packaging agricultural crops during 2020, as well as in setting up a frozen strawberry factory, and to include new varieties of products it exports.

The goal of establishing the plant is to provide the company with its packaging and sorting needs. The plant is scheduled to start operation at the beginning of 2021, with a production capacity of 140 tonnes per day, Al-Saadani added.

He explained that the company aims to increase its exports by 40% during the first year of operation of the plant, in addition to providing the opportunity to include new vegetables.

Frozen strawberry production will allow the company to expand into the European market and enter the American market during the coming period, he said.

The company exports citrus fruits, onions, pomegranates and grapes and targets to export potatoes and other vegetables, such as capucha and peppers, to Russia and East Asia, during the next year in a step to diversify exports, he added.

He pointed out that the company aims to increase its exports in the European market during the coming period and focus on grapes, strawberries and peppers, all of which have a good opportunity in those markets, especially in the Netherlands and England, the largest importers of those products.

He explained that these markets require the packaging of products in a specific way, which the company is currently working to provide.

We depend on our farms’ production of orange and pomegranate, while we depend on buying the production from farms for other products through contractual cultivations, Al-Saadani said.

He added that the company focuses on participating in international exhibitions, which play a good role for companies to enter new markets via getting acquainted with new customers and their needs.

He pointed out that the main market of the company is the East Asian market, which witnessed growth in demand during the last year, especially in China, as it acquires a large share of the company’s exports. This is in addition to Malaysia, Singapore, Bangladesh, India, Sri Lanka, Canada, Australia, Russia and the Gulf states.