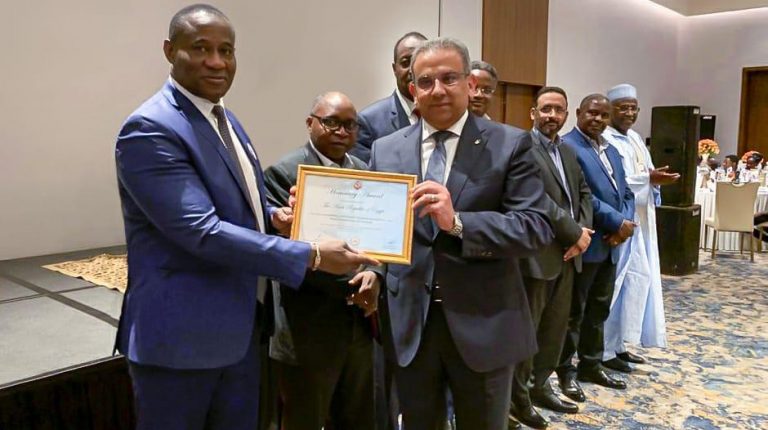 Egypt Post won the Excellence Award for development of a postal organisation in Africa. Chairperson of Egypt Post Essam Al Sagheer received the prize during his participation in the celebration of the African Postal Union for its 40th anniversary, held in Arusha, Tanzania.

According to a press release issued on Monday, Pan African Postal Union (PAPU) Secretary General, Younouss Djibrine, and Director General of the Universal Postal Union (UPU) International Bureau, Bishar Abdirahman Hussein, handed over the award to Al Sagheer. Egypt Post chairperson said that the award came as a continuation of a series of successes achieved by Egypt Post on the regional and international levels during the last period. It also represents a clear embodiment of what it achieved on the ground in terms of postal, financial, and government services development, applying financial inclusion and digital transformation to all business procedures and infrastructure.

Al-Sagheer said achievement was made thanks to the support of the Ministry of Communications and Information Technology for the Egypt Post in all efforts undertaken and its employees who contributed to secure such comprehensive development that made Egypt Post an example to follow.