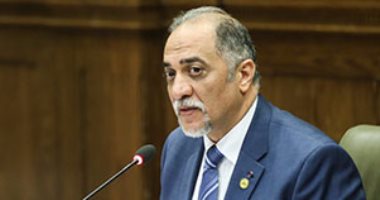 It comes during the committee’s meeting with a delegation from the youth initiative of Egypt 2030 Vision for anti-terrorism and sustainable development.

Al-Qasabi said the state is keen on providing support for low-income families under new social economic programmes, noting that several presidential initiatives were launched recently, such as Takaful and Karama, to ensure a decent life for every Egyptian citizen.

“The political leadership was aware of the dangers of the economic transition, which is why state bodies spared no effort to establish security and provide foodstuffs for every citizen,” he said.

During the meeting, he reviewed the most important legislations the committee has issued thus far.

Al-Qasabi said the Support of Martyrs’s Families Law is one of the most prominent legislations drafted by the committee, especially as it provided broad privileges to the families of martyrs and the injured, noting that this legislation is no longer limited to those belonging to military institutions, but encompass civilian victims of terrorist operations.

He also noted that the Non-Governmental Organisations Law, which was drafted by parliament and recently amended in 2019 per a presidential decision, “was subjected to a very fierce war, whether through international pressure that reached the point of embassies of some countries inviting members of parliament to form a conviction against the law, or even through contacts at the highest level to stop this legislation.

The member added that parliament passed this legislation to counter the threat of external funds to support terrorism under the umbrella of some human rights organisations. However, the legislation differentiated between positive and negative effects from these legislations and the balance between its role in developing society and preserving Egyptian national security.

The programme includes youth graduates from the National Security programme at the Nasser Higher Military Academy.

The members of the delegation confirmed that their presence at the parliament is a catalyst for the government to involve more youth in developing the nation and eliminating terrorism.