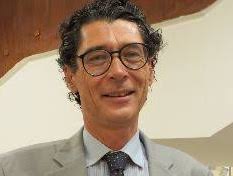 Italy’s former honourary consul has been sentenced to 15 years jailtime in absentia for smuggling thousands of artefacts out of Egypt.

The Egyptian authorities also asked Interpol to issue a red notice to arrest Skakal for smuggling thousands of Egyptian artefacts to Europe.

The public prosecutor’s investigations stated that the tracking process for the smuggling of the Egyptian artefacts took one year, in which the Egyptian authorities manage to identify all members of the criminal network and the role of each one.

The smuggled artefacts included 21,660 coins, 151 Shabati statues, in addition to 11 pottery utensils, five mummy masks -some of which gold-plated-, and  a wooden coffin.

The artefacts were bought by Ghali to be smuggled in a ship under the name of the Italian honourary consul, and accordingly the shipment was not subject to inspection due to diplomatic rights.

It said Egyptian authorities also found many artefacts at the Italian’s former home in Cairo, and inside a rented safe in a private bank. The artefacts he allegedly attempted to smuggle went on display at the Egyptian Museum in Cairo last year.