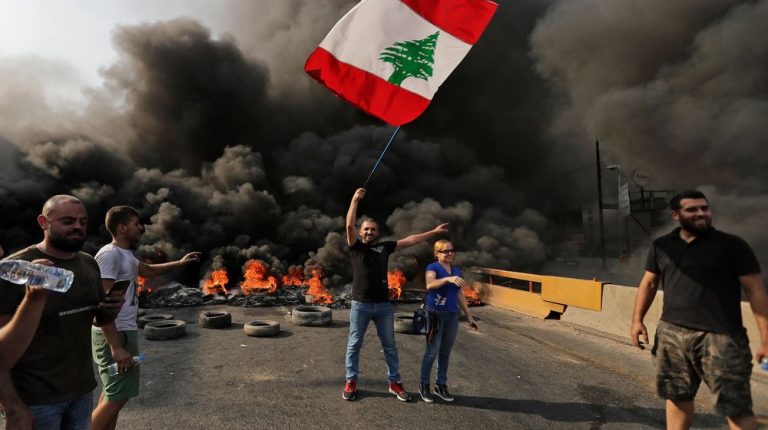 The newly formed Lebanese government headed by the new Prime minister Hassan Diab were set to meet for the first time on Wednesday. However, the unconvinced protesters announced that they would not leave until their demands for early elections and a technocrat-led government were met.

Addressing Lebanon’s worst economic crisis in decades is the government’s top priority. Hezbollah-backed Diab government has 20 ministerial portfolios. Lebanon has been governed by a caretaker prime minister Saad Hariri, since his resignation.

Although Diab was nominated as a new PM by Hezbollah last month, the protesters still unsatisfied.

The protester demand for extensive reforms and an independent technocratic government. However, each of the ministers in the new cabinet is backed by a political party.

After forming the new cabinet Diab, the 60-year-old professor at the American University of Beirut, said “I’ve been appointed in the face of many accusations. I wanted to work, not to argue. I have abided by the law informing me to form a government. I followed the rules and regulations to form a new team of ministers.”

He also promised the protesters that the new government “will strive to meet their demands for an independent judiciary, for the recovery of embezzled funds, for the fight against illegal gains.”

On Tuesday, thousands of people started to gather in the capital Beirut’s streets, closing roads in several cities using tyres and other make-shift barriers, in rejection on the new government.

Chanting “revolution, revolution” and “leave, Michael Aoun,” about the current president, the protesters called for early elections, clashed with the security forces who fired water cannons at the stone-throwing protestors.