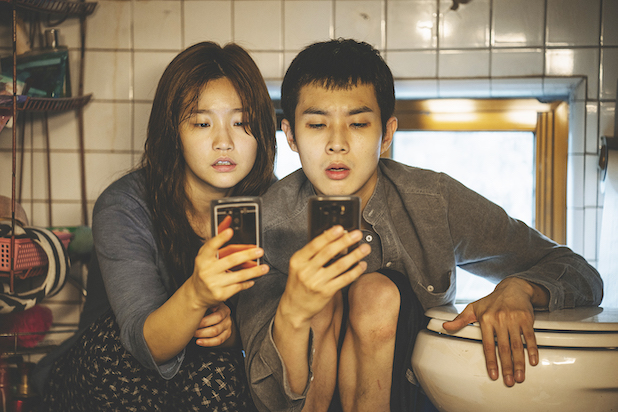 The Palm Springs International Film Festival (PSIFF) announced on Saturday the 31st edition’s juried award winners, after a marathon of 192 films from 81 countries.

The Audience Award for Best Narrative Feature went to Lunana: A Yak in the Classroom by director Pawo Choyning Dorji from Bhutan. This uplifting and visually awe-inspiring crowd-pleaser was filmed on location at more than 16,000 feet in one of the most remote villages in Bhutan. There, a young displaced teacher is taught his own life lessons from the happy and kind locals.

The Audience Award for Best Documentary went to Gay Chorus Deep South by American director David Charles Rodrigues. Spreading a message of tolerance, The San Francisco Gay Men’s Chorus embarks upon a high-risk tour of the Deep South in this moving documentary. The music is rousing and the personal stories are poignant as both the singers and the Southerners find their stereotypes challenged.

The jury award categories include the FIPRESCI Prize for films in the International Feature Film Oscar Submissions programme; New Voices New Visions Award for unique viewpoints from first- and second-time directors; and Best Documentary Award for compelling non-fiction filmmaking. In addition, there are the Ibero-American Award for the best film from Latin America, Spain, or Portugal; Local Jury Award for the film that promoted understanding and acceptance between people; and the Young Cineastes Award for the film chosen by the Youth Jury. Finally, the Go Energistics (GoE) Bridging the Borders Award, presented by Cinema Without Borders, honours the most successful film in bringing people closer together.

The FIPRESCI Prize for Best International Feature Film went to Beanpole by Russian director Kantemir Balagov. The film takes place in Leningrad, 1945. Two scarred Russian women who have survived the war must now learn to survive the peace in this sombre, hypnotically beautiful epic of the aftermath of war by the gifted 28-year-old visionary.

The FIPRESCI Prize for Best Actor in an International Feature Film went to Bartosz Bielenia by Polish director Corpus Christi. The film tells the story of a world where forgiveness doesn’t come easy, as it argues that God works in mysterious ways. After his spiritual awakening in juvenile prison, a 20-year-old violent offender passes himself off as a priest in a community still reeling from tragedy.

The FIPRESCI Prize for the Best Actress in an International Feature Film went to Helena Zengel from System Crasher. On the award, the jury report said, “Lacking in stature but mighty in her roar, 9-year-old human cyclone Benni is determined to break away from the childcare system that’s failing her and return home to her mother in this wild and complex depiction of youth in revolt.”

The FIPRESCI Prize for International Screenplay went to Parasite by screenwriters Bong Joon-Ho and Han Jin-Won.

The New Voices New Visions award focuses on films that the festival programming team feels represent the most distinctive directors who have emerged in the last year. Each of the 17 films in competition represents the filmmaker’s debut or second feature.

New Voices New Visions went to Song Without A Name by director Melina León. The film follows an indigenous woman who enlists the help of a journalist who helps uncover a massive child smuggling operation in this powerful debut feature, after her pleas are ignored by authorities when her newborn daughter is kidnapped by a shady “clinic.”

The films were juried by journalists Tre’vell Anderson and Nancy Collett, and producer Evan Morehouse.

The Best Documentary award is presented to the director for most compelling non-fiction filmmaking from among those screened at the festival.

The award went to the Sudanese film Talking About Trees by director Suhaib Gasmelbari. The film follows four Sudanese filmmakers attempt to bring back the culture of cinema in a country where politics and fundamentalism have destroyed its film industry. This transportive and profoundly moving documentary is both an elegy and an ode to the enduring power of movies.

The Ibero-American award is presented to the best film from Latin America, Spain, or Portugal screened at the festival. The award aims to highlight the creativity seen in modern Spanish, Portuguese, and Latin American films.

The award went to Monos by Colombian director Alejandro Landes. The film takes place in a hidden bunker on an Andean mountain top, following a small group of teenage guerrillas raised to fight in an unnamed conflict descend into madness in this powerful new survivalist drama.

The Local Jury award went to Adam by Moroccan director Maryam Touzani. The film is set in the streets of Casablanca, a random encounter between two women irrevocably changes the course of their lives. The unlikely pair slowly builds a trust that evolves into a deep bond, eventually helping both overcome the hardships of their respective lives.

For the second year, the Young Cineastes award jury is comprised of local students who have not only shown talent and aspirations for making films, but a sincere passion for watching and learning more about cinema and life at every moment possible. This group of young people spans from Yucca Valley all the way to Coachella and none of them had really met or knew each other before coming together to be a part of this jury. There couldn’t be a more deserving group of young people to represent the future generation coming from the greater Palm Springs area.

At a time when physical, religious, racial, cultural, and economic borders divide the population of our planet, efforts to bridge those borders should be appreciated. In that spirit, Cinema Without Borders presents the GoE Bridging the Borders award to a film that is most successful in bridging and connecting the people of our world closer together. The winner of the 2020 GoE Bridging the Borders will receive a cash award of $2500.

GoE Bridging the Borders award went to Advocate (Israel/Canada/Switzerland) by directors Rachel Leah Jones and Philippe Bellaiche. This intimate and moving documentary spotlights fiercely optimistic and compassionate human rights attorney Lea Tsemel as she continues her lifelong mission of defending the defenceless, despite the torrent of backlash she receives for being an Israeli lawyer seeking justice for Palestinians accused of terrorism.