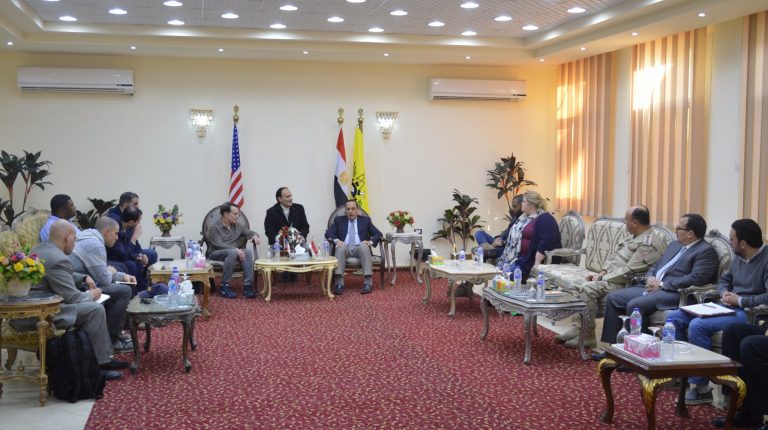 A US Congress delegation has visited North of Sinai as part of the strategic relations between Egypt and the United States, according to the Egyptian Armed Forces spokesperson.

The delegation is bipartisan and includes congressmen from the Republican and Democratic parties. The visit aims to support joint efforts of peace, development and countering ongoing challenges, the spokesperson added.

In the meantime, the US Senators met on Wednesday with the governor of North of Sinai and inspected some ongoing economic development national projects in Al-Arish including new a water treatment plant.

The Senators praised Egypt’s efforts to counterterrorism, and maintain security, and improving the lives of the average citizen of North Sinai with, according to the spokesperson.

Egypt has launched a Sinai development project which aims to develop the peninsula and improve the living conditions of its residents. The project is expected to be completed by 2022 with a total investment of EGP 275bn.

Since February 2018, the Egyptian military and police launched a campaign dubbed “Sinai 2018” to confront militants in central and North Sinai.