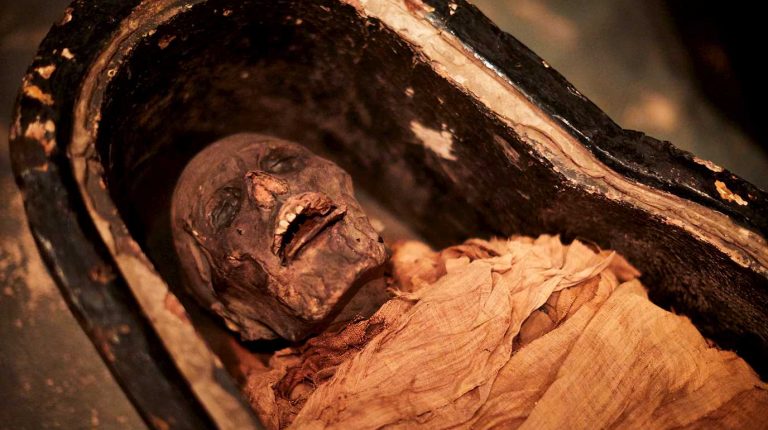 Throughout his life, Nesyamun, an ancient Egyptian priest, had a belief that his worship to gods would find its way to immortality. He probably did not imagine that his actual voice would come to life after 3,000 years of his death. 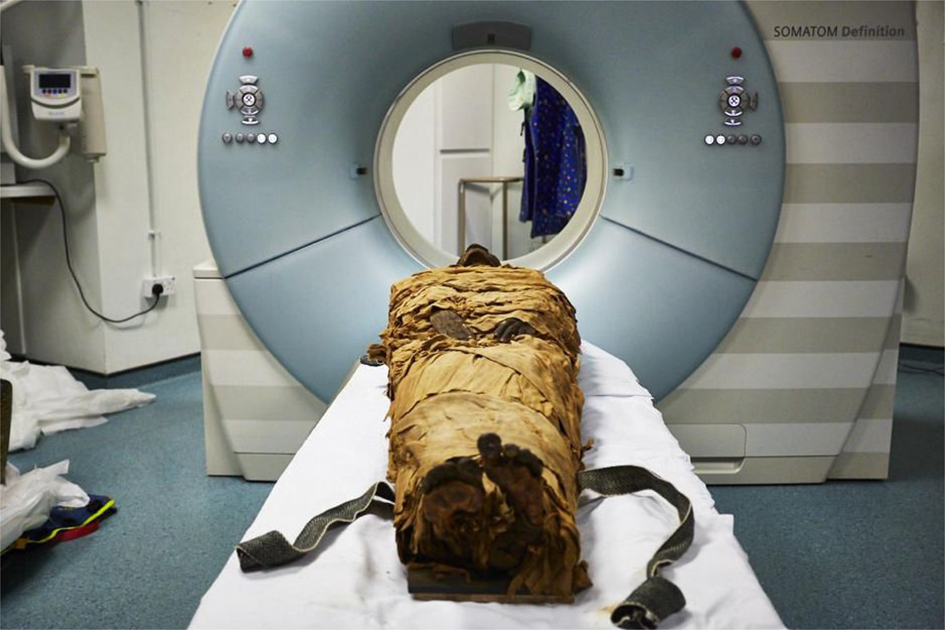 Last week, scientist managed to reproduce the voice of Nesyamun through 3-D printing of his vocal tract. In a study, published last Thursday, the world could hear Nesyamun speaking for the first time after his departure from life. The one-second voice clip which took years to create was released, showing what the voice of the mummified Egyptian priest would have sounded like. The reproduced sound was like the priest saying “meh” without the “m”.

Nesyamun lived at the time of Ramses II which was unstable political era (1099–1069 BC). Throughout his life, the high-profile priest’s voice was of an essential use, as he was the main worshipper of gods at the time at the temple of Karnak in the city today known as Luxor (ancient Thebes).

Scientists chose the mummy of the priest to recreate his voice because it represented an essential part of his ritual duties which involved spoken as well as sung elements. Moreover, the mummy was in a good condition which allowed scientists to work on it.

“His documented wish to be able to speak after his death, combined with the excellent state of his mummified body, made Nesyamun the ideal subject for the Voices from the Past project, for which his body was re-examined using state-of the-art Computed Tomography (CT) scanning equipment, the study mentioned.

The study revealed the dimensions of the mummy’s extant vocal tract following CT scanning. This enabled the creation of a 3-D printed vocal tract, known as the Vocal Tract Organ.

Schofield told Daily News Egypt that the process could be done only “with the right conditions of preservation.”

“But beyond that, the extra dimension it gives to experiencing the past. Typically, our experiences of the deep past are entirely visual or tactile – what we can see and touch. With this discovery, we’re adding sound into the mix, and not just any sound but the sound of an individual’s voice,” he said.

The study focused on using the Vocal Tract Organ, which led into the synthesised of a vowel sound that compares favourably with vowels of modern individuals. 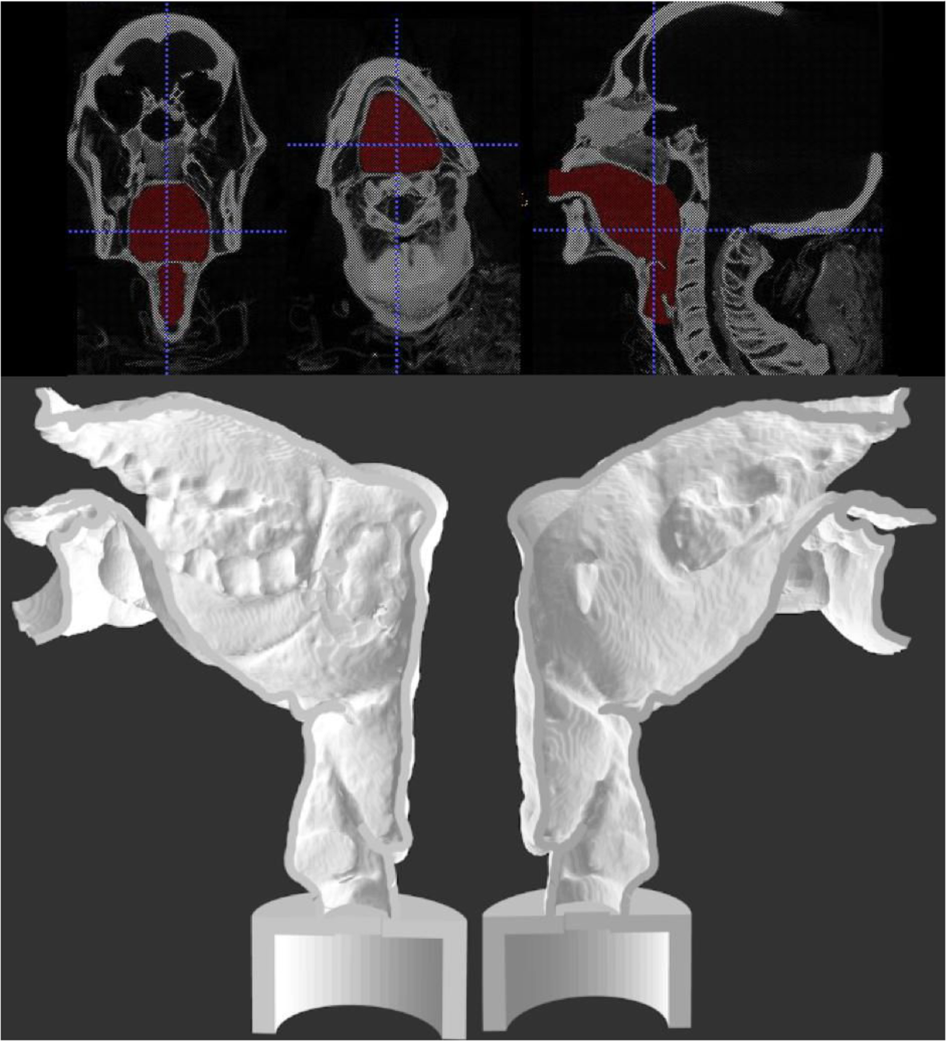 The seven-year experiment focused on scanning the lungs and larynx and throat remains of the priest, as well as his tongue which was found missing the its muscular bulk because of time. This led into the a 3-D printed tract that was created for Nesyamun in order to figure out the fundamental frequency, loudness, and vibrato rate and depth that can be individually controlled.

“We needed to source human remains with good soft tissue survival of the vocal tract. We then CT scanned that tract to a high resolution and created a detailed and accurate 3D printed model of the tract through which a vowel sound was amplified. The sound that comes out is Nesyamun’s voice, with his head in an unnatural position (its position at death and after mummification)” Flitcher explained.

He elaborated that the scientists next step is to “use modelling to try to move his head into a more natural position, and to shape more vowel sounds.”

For Schofield, working on Nesyamun held the emotions of much more than a scientific project. It was a personal contact between two humans who live in two different eras.

“With human remains this the relationship we built with archeological elements are true and arguably real,” he explained.

Remembering the moment, the team listened to the voice of the person who became one of their closest friends, “It was a wonderful moment – for me a bit like it must have felt shining a torch into Tutankhamun’s tomb for the first time,” Schofield remembered.

Nesyamun’s body is not only lucky to be the first mummy with its voice heard, it was also the only mummy that survived the Leeds City Museum’s bombing during World War II.

Expressing his feelings previously regarding the opportunity to hear an over 3,000-year-old voice, Fletcher said in a statement that it is “a unique opportunity to hear the sound of someone long dead by virtue of their soft tissue preservation combined with new developments in technology

For his side, Howard explained that the study started while he “was demonstrating the Vocal Tract Organ in June 2013 to colleagues, with implications for providing authentic vocal sounds back to those who have lost the normal speech function of their vocal tract or larynx following an accident or surgery for laryngeal cancer.”

“I was then approached by Professor John Schofield who began to think about the archaeological and heritage opportunities of this new development. Hence finding Nesyamun and discovering his vocal tract and soft tissues were in great order for us to be able to do this,” he added.

Scripted on his coffin placed at the Leeds City Museum since his body was unwrapped in 1824, Nesyamun’s ultimate life desire was to have his voice immortalised at the afterlife. 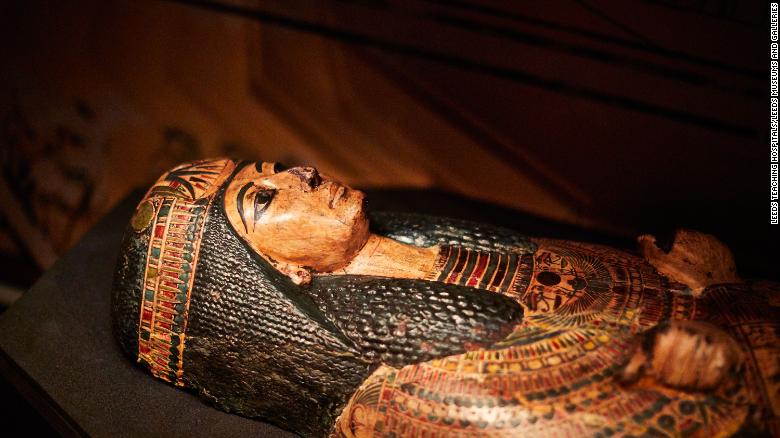 According to the study, the inscriptions on Nesyamun’s coffin “asks that his soul receives eternal sustenance, is able to move around freely and to see and address the gods as he had in his working life.”

Scanning the mummy of his body, scientists previously found that died in his mid-50s and had suffered from gum disease and severely worn teeth, yet nonetheless “had a strong well-developed mandible”, which, like the maxilla, was ‘prognathic’, and “clearly Nubian blood had once coursed through his veins”.

Fletcher believes that this study finally gives the man the desire of his life having “ his voice heard in the afterlife in order to live forever, the fulfilment of his beliefs through the recreation of his voice allows us to make direct contact with ancient Egypt by listening to a voice that has not been heard for over 3,000 years, preserved through mummification and now restored through this pioneering new technique.”

For hise side, Schofield explained that such an experiment can be applied with other mummies, yet they are currently facing a number of “ethical procedures” that in a way did not take place with Nesyamun, as providing him with voice was “a clearly documented wish [of his] to be heard again in the afterlife.”

“Recreating the sound of a voice is the first step on what we hope will be a long and exciting journey,” he concluded.