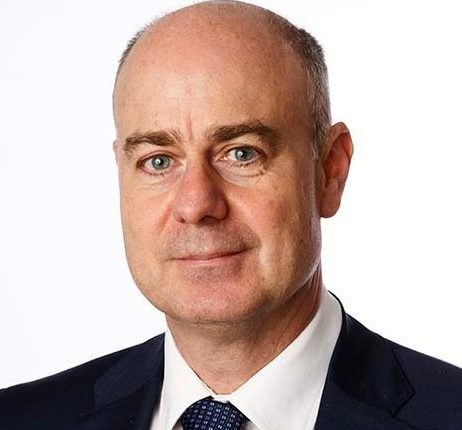 The European Union’s financial arm, the European Investment Bank (EIB), will help achieve this goal. In November last year, the Bank approved its new energy lending policy to favour renewables and energy efficiency projects. EIB is a leading financier to the energy sector in the world as well as in Egypt.

Daily News Egypt met with Lars Anwandter, Head of the Mashreq at the European Investment Bank to better understand the bank’s new policy, strategy, and operations and how this is reflected in Egypt.

The EIB is a key player in the energy financing worldwide, how involved are you in financing projects in Egypt?

The promotion of sustainable, competitive, and secure sources of energy is central to economic growth and social progress. Thus, it has been an important sector for EIB financing. In the Southern Neighbourhood countries energy lending represents almost 30% of total EIB lending.

The EIB is the world’s largest international public bank and over the last 5 years has provided more than €50bn in energy investment worldwide. Last year, EIB loans helped construct some 26,000 km of power lines and generate 15,228 MW of electricity, out of which more than 86% of them are from renewables.

About 40 years ago, we financed the Shoubra El Kheima thermal power plant. This was the first energy project financed by the EIB in Egypt. Since then we have been supporting the priority projects of the government. Our support went to the energy systems; transmission, energy generation -mainly renewable energy-, and energy efficiency. Overall, we provided nearly €4bn of finance to energy projects in Egypt.

This project will contribute to a reliable electricity supply for the increasing demand of the country, to the integration of new wind energy generation facilities to the grid, and enabling future interconnections to neighbouring country networks.

Another example is the Wind Farm Gulf of Suez project, which EIB signed in 2017 (€115m loan) together with other IFIS (AFD and KfW) and which also benefits from an EU Grant. This renewable energy source is expected to generate 650 GWh per annum, covering the needs of 370,000 users. It is a good example of quality infrastructure, since high environmental standards were adhered to protect migratory birds.

The EIB has a new energy lending policy, can you tell us more about it?

Last year, the EIB’s Board of Directors approved a new energy lending policy to achieve the objectives of the Paris Agreement and addressing climate change. Approving the future EIB energy lending policy is a critical part of the EU’s response to addressing climate change and strengthening the EIB’s role as the EU Climate Bank.

The EIB will continue to support electricity networks with network flexibility, smart grids and interconnections being priorities.

How will this new policy affect your operations in Egypt?

The transition towards clean energy and efficient energy use is an ongoing reality in most countries around the world. In the Mediterranean region in general, and In Egypt in particular, energy transition is proceeding.

In Egypt we financed the renewable energy generation “Gabel El Zeit Windfarm” and the Wind Farm Gulf of Suez and we are looking into more projects in this direction.

In the Southern Neighbourhood, other examples of renewable energy and energy efficiency operations are: the Tafila Wind Farm in Jordan (€72m EIB loan, a first private financing in the Middle East); the Noor Ouarzazate Solar Projects in Morocco (€250m EIB loan); and the CVDB Municipal Energy Efficiency Programme in Jordan (EUR 45 m EIB loan, just signed in October 2019, with 50% energy savings being expected).

Are you looking at financing any projects in the sector?

The Bank is looking into priority energy projects with different counterparts, focusing on energy efficiency, renewable energy, smart grids, and electricity transmission, and distribution networks. We are committed to working with national authorities, public investors, and private businesses to ensure effective use of available resources and to unlock significant private investments.