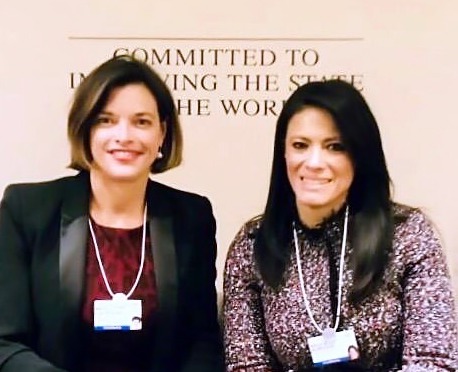 This came during Minister of International Cooperation Rania Al-Mashat’s meeting with CEO of GI Hub Marie Lam-Frendo, on the sidelines of the World Economic Forum (WEF2020), held in Davos, Switzerland from 20 to 24 January, according to a ministerial statement on Saturday.

Interestingly, GI Hub is an initiative connecting the global infrastructure community and sharing insights to facilitate the delivery of G20 members’ economic, social, and environmental outcomes through more and better infrastructure.

Al-Mashat asserted the government’s keenness on partnerships with the private sector in developmental projects, noting that the government is implementing several projects to develop the country’s infrastructure, raise current infrastructure’s efficiency, and establish new road networks and bridges to connect more areas of the capital.

The government is building new cities such as the New Administrative Capital (NAC), Galala city, and the New Alamein City, Al-Mashat said, adding that the private sector is deeply involved in these projects.

Additionally, a mission from the WB’s board of directors concluded a 5-day visit to Egypt on 20 January which was the first since 2014. The visit included meetings with senior Egyptian officials topped by Prime Minister Mostafa Madbouly as well as economic ministers to closely identify the updates of the economic reform programme in addition to government efforts to empower women, youth, and the private sector.