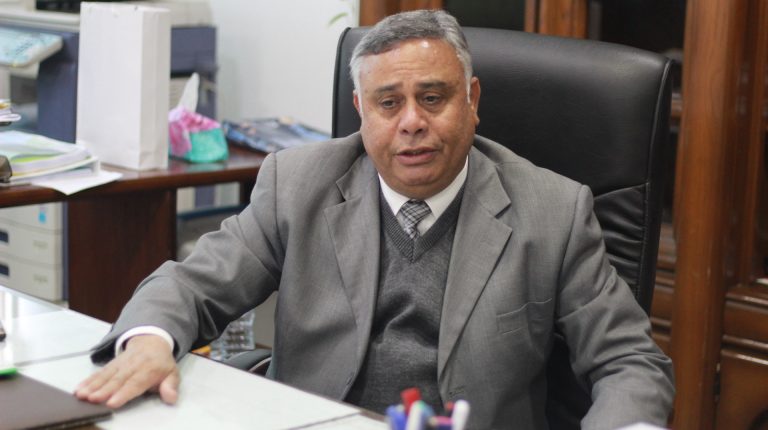 Egypt is one of the most arid countries in the world and currently suffers from a 90% gap in its water resources. The country receives about 70% of its water flow from the Blue Nile and Atbara River, both stemming in the Ethiopian plateau, then merging to become the Main Nile in northern Sudan.

The Nile river is Egypt’s lifeblood, as the Nile’s water provides us with about 97% of its present water needs. This amount of water equals only 660 cubic metres per person, one of the world’s lowest annual per capita water shares. Egypt’s Nile water share equals 55 bn cubic metres.

But as Egypt’s population is expected to double in the next 50 years, Egypt is projected to have critical countrywide fresh water and food shortages by 2025, according to a study conducted by the Geological Society of America GSA.

As negotiations over the Grand Ethiopian Renaissance Dam (GERD) become more and more tumultuous, Egypt needs to look for alternatives to cope with its water crisis and meet the demand of its populations.

Daily News Egypt met with Ragab Abdel Azeem, the Deputy Minister of Water Resources and Irrigation, to brief us on the ministry’s strategy for the new year. He told DNE that in order to meet our needs of water, the ministry has set a strategy of four directives for developing water resources, rationalising water use, purifying water, protecting it from pollution, and creating the appropriate environment for implementing previous directives.

On the rationalisation directive, what are the ministry’s procedures in this regard?

In the rationalisation part, the ministry started implementing a number of measures to rationalise water, raise the efficiency of its use, and ensure that water reaches all beneficiaries. The first procedure is to prepare the network of canals and reform the distribution canals to improve the environment and ensure water is not wasted, and to repair and prepare dilapidated water facilities (arches) and its gates to save water and secure its safe delivery to users.

These facilities are used to control the amount of water and its distribution through their gates to different places where the beneficiaries are located. The limited water resources require that the canal system be able to deliver water from the mouth of the canal to its end, and in the case of an expansion in some canals, it absorbs larger quantities of water and thus weakens the delivery of water to the beneficiaries.

To avoid the effect of the accumulation of salt in the soil, after the end of the season, the farmer removes the irrigation network and once floods the land to wash the soil in preparation for the next agricultural season. The third procedure is to cooperate with the Water and Wastewater Company to rationalise the use of domestic water, with a number of steps, such as installing water-saving parts in faucets. These items were produced by the ministry of military production and are available at cheap prices. The Ministry has also carried out awareness-raising campaigns about the importance of rationalising the use of drinking water.

What do you mean by “creating the appropriate environment”?

Creating the appropriate environment to implement the other parts of the strategy, this is the second part of the strategy. It includes training and human capacity building for employees, engineers and technicians working in the field of water resources and irrigation. The Ministry established the Regional Training Sector for Water Resources and Irrigation (RTSWRI), for this purpose, and it also provides training for specialists from African countries. This directive also includes laws and regulations for the use of water.

The Ministry has also implemented programmes and campaigns to educate farmers and citizens about the importance of water rationalisation, such as awareness campaigns for farmers in the fields. The Ministry has worked in engaging the beneficiaries in water management by establishing farmers associations, that they choose their board to represent them before the Ministry. The Ministry focuses on the research field for the purpose of water regulation and management.

The new water resources law was prepared and discussed in the House of Representatives and awaiting approval. Coordination was made with all ministries and entities that have comments on the law, such as the Ministry of Environment, which there were points of disagreement between them and the Ministry of Irrigation related to the application of penalties on those who violate the laws of environment.

The Ministry of Irrigation is currently working on preparing a coordination protocol with the monitoring bodies on the Nile River to coordinate efforts and benefit from the data collected by each party, and that there is no duplication in monitoring process. There were fears by the Ministry of Transport regarding the process of river navigation in the Nile River, about the routes of touristic boats in the river, and ensuring safe river navigation. The Ministry of Irrigation developed locks on the river’s navigational course with modern technologies to facilitate the process of crossing touristic boats that used to take hours to cross the lock, and now, crossing it only takes 17 minutes.

What about the other two directives of the strategy?

As for the second directive, it is the directive of water purification and protection from pollution. The Ministry of Irrigation coordinates with the concerned ministries and governorates to move garbage dumps away from canals and establish places for recycling garbage. The Ministry is cooperating with the Ministry of Housing on projects to purify wastewater. There are restrictions in Egypt on the use of treated wastewater for drinking or for irrigating food crops, but only for industry and for irrigating non-fruitful trees.

In the development directive, the ministry is conducting many studies on estimating the underground reservoir in Egypt and its potential for use in a way that contributes to development, but does not deplete this non-renewable resource. The Ministry also cooperates with Egyptian universities and research centres to assess the potential of underground reservoirs in Egyptian deserts and their use in a manner that ensures their sustainability, such as the agricultural manufacturing usages that consumes a small amount of water and provides a large return.

In cooperation with the Ministry of Housing, the ministry is also implementing seawater desalination projects. Modern technology contributes to increasing the efficiency of desalination for use in drinking and its use in providing water needs for new urban populations on the coasts. Research centres affiliated to the ministries of irrigation and agriculture are conducting studies on the possibility of using salt water to irrigate some crops, such as some species of wheat and rice.

What are your procedures for dealing with torrents and benefit from their waters?

Torrents were a top priority for the ministry since 2016 when Dr. Mohamed Abdel-Ati came to lead the ministry, to avoid what happened in 2015 when torrents caused great damage in some governorates. Since that date, the ministry has developed plans and programmes to deal with torrents and make use of its water. The volume of spending on flood protection projects and their utilisation reached about EGP 5 bn during the past five years. West of the delta, the ministry has established giant flood prevention stations, and emergency centres equipped with the necessary equipments to alleviate the torrents.

We built dams in Sinai and the Red Sea governorate, and constructed more than 250 artificial lakes in Sinai to collect torrent water so that residential communities in the region can benefit from them in drinking tanks, agriculture, and grasing. We implemented protection works to protect touristic facilities from the dangers of torrents, and to store water for use in groundwater recharge or for domestic use.

As a result of these efforts, 2018 was a safe year, and so did 2019, with no losses. We created the Torrents Chamber in cooperation with the concerned governorates and ministries to coordinate in order to face any torrential risks. The monitoring maps prepared by the Nile Forecast Centre affiliated to the ministry estimates the locations and timing of the expected rainfall within the next 3 days. Arab countries expressed desire to benefit from Egypt’s experiences in dealing with torrents.

Egypt is one of the most affected countries by climate change, what are your efforts in combating its impact on the country?

The Ministry of Irrigation succeeded in obtaining a $2m grant from the Green Climate Fund last year for the Enhancing Climate Change Adaptation in the North Coast and Nile Delta Regions of Egypt project (ECCADP). We have identified 69 kilometers from Salloum to Al-Arish, which will be protected under the project. The Ministry had prepared previous studies to determine the most vulnerable sites to climate change risks such as the governorates of Kafr El-Sheikh, which has 14 kilometers that represent a critical area threatened by climate change risks, the most important of which is the Burullus Power Station, East Kushner Canal, 12 kilometers in Damietta, Dakahlia, and Port Said, Beheira, Alexandria and Al-Arish.

The ministry has identified sites to monitor climate change so that we can know the stability or rise in sea level and, therefore, we take the necessary action based on the results of the monitoring. The Ministry is also affiliated with the Coastal Research Institute, which is concerned with monitoring climate changes and their impacts on Egyptian coasts. Due to the importance of the issue, the Ministry of Irrigation raised the budget of the Public Authority for Shore Protection from EGP 200m to EGP 715m for the current year.

Can you please brief us on your solar irrigation projects?

Regarding the dangers of using solar energy with regard to excessive use and depletion of underground reserves, there are no dangers, the panels that are installed work for only seven hours a day, which is the duration of solar brightness, thus reducing the number of pumping hours from 12 hours or more -in case of using diesel- to 7 hours only since the panels do not store energy for use at night. There is no need to worry about the dangers of excessive pumping of water because the ministry has implemented awareness campaigns for users of this technology, explaining the dangers of the overuse of water in irrigation on the crop itself and on strategic groundwater reserves.

The groundwater in Egypt is limited and non-renewable, and accordingly there is a need for the government to determine the proper amount of water to be used. It will also be implementing punishments for those who exceed the quantity of groundwater permissible. This is done through remote monitoring of wells after the installation of meters on each well to monitor the quantities of pumping. Even if the user increased the number of hours of operating the well, he will not be able to exceed the amount of water permitted for pumping.