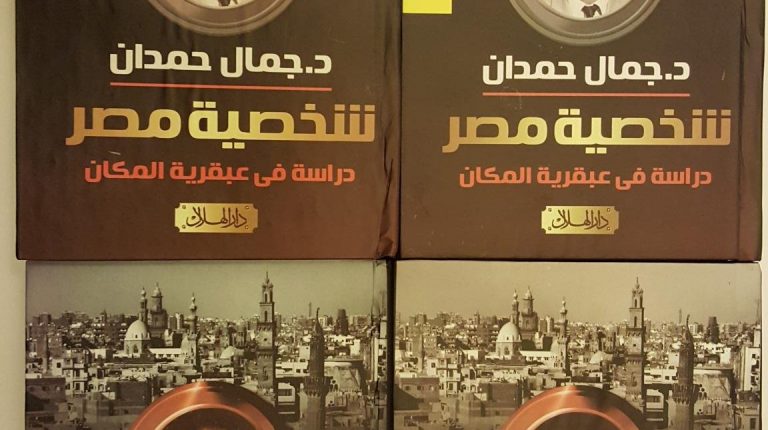 Only a few hours after the inauguration of the 51st Cairo International Book Fair (CIBF), the General Egyptian Book Organisation (GEBO) ran out of the prominent Egyptian scholar and geographer Gamal Hamdan’s most famous book  Character of Egypt, according to state owned media outlet, Al-Ahram.

Hamdan is the main Egyptian figure of this year’s edition, which runs until 4 February at the International Exhibition Centre, located at Al-Mosher Tantawy axis in Fifth Settlement. The 51st CIBF runs under the slogan: “Egypt-Africa: A Diversity of Culture.”

The Character of Egypt is considered one of the most remarkable chronicles that describes Egypt from several angles. The book’s Shakhseyt Misr (Character of Egypt), Studies of the Arab World, and The Contemporary Islamic World Geography, which are the most famous ones, come to create a complete image about Egypt’s natural, economic, political, and cultural situation, and where it stands among the countries in the world.

Character of Egypt Collection is being sold at the fair at the GEBO section for only EGP 140, a quite reduced price from the set’s original rate which is sold at Amazon for $115.

The head of the GEBO, Haitham Al-Hajj Aly, announced at the press conference of the book fair that the organisation is publishing a reduced-in-price collector’s edition of Hamdan’s geographic encyclopedia Character of Egypt in which four books are combined together.

He also said that the organisation published for the first time a comic book about Hamdan’s life, dedicated to children in order to know more about him.

Refaai said that the GEBO printed the copies in cooperation with Al-Helal Publishing House, the only authorised publisher of Hamdan’s work, explaining that they are currently providing the fair’s section with more editions of the book, “until they run out of it.”

Hamdan’s book was one of many others that ran out of libraries as 390,000 visitors attended the CIBF in its first three days.

For his side, Wael Hamdan, Gamal Hamdan’s nephew, expressed his happiness for picking his uncle as this year’s figure, stating that “it is a huge step in reshaping the national recognition through honouring innovators and researchers.”

His statement came at his honouring ceremony the GEBO held for him becoming the 51st main figure for the CIBF.

Other than being the fair’s main Egyptian figure, the revival of Hamdan’s book,  Character of Egypt, is also due to the current highlights of the unstable status quo Egypt has with Ethiopia over the GERD. As one of the most enlightened geographers, Hamdan’s book was an unprecedented scientific masterpiece on Egypt that predicted the potential danger Egypt might face in the Nile.

The excerpt explained that the heart of the Nile is Sudan, and its edges are in Ethiopia on the right, and the lakes on the left. Even though these edges lack some social and technological development, there is some danger to them. Therefore, Egypt has to develop and nurture its interests regarding the Nile in these places.

Hamden also wrote that the edge of the Nile, i.e. Ethiopia, is of great importance, not only due to its proximity to the head of the Nile, but due to its similarities with Egypt in history and civilization.

In his decade long journey of writing the encyclopedia, many of Hamdan’s predictions took place years after his death.