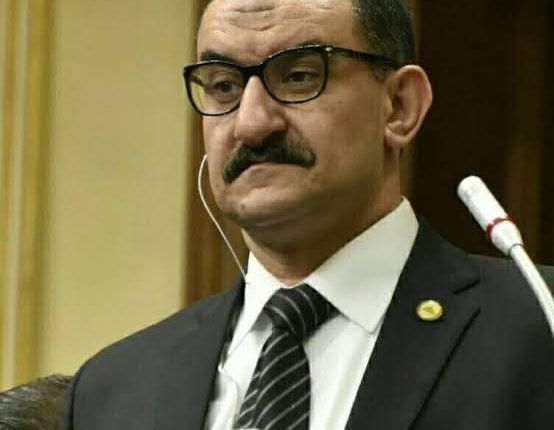 Parliamentary committee of industry and trade, headed by Mohamed Farag Amer, called for the abolishment of the 2005 free trade agreement between Egypt and Turkey, only a few weeks after several MPs had presented a proposal to boycott Turkish products on the back of ongoing political divergence between the two countries.

Amer justified his call explaining that the agreement harmed Egyptian products, and contributed to flooding the local market with Turkish goods, which, in most cases, do not meet Egyptian standards. There was a clear deficiency in the Ministry of Trade and Industry’s handling of this file, he said, pointing out that the committee had previously asked to cancel the free trade agreement because it negatively affected local industry.

He claimed that Egyptian consumers were no longer interested in Turkish products after the escalating hostile attitudes of Ankara against Cairo.

“It seems like there is an intention for harming Egyptian products and causing broad lay-offs. Strict measures must be taken through the World Trade Organization regarding the spread of Turkish products in Egypt,” he continued.

It came during a meeting of the industry committee to discuss MP Mohamed Al-Ghoul’s inquest about the large presence of imported wood particles from Turkey and China in the Egyptian market.

Al-Ghoul explained that these imported woodchips might lead to the closure of granular wood factories in Edfu and Nag Hammadi towns due to the accumulation of large quantities of wood in stores, as well as the sales decline in the local market.

Loses of millions of pounds are expected as large quantities of wood piled up in warehouses in Nag Hammadi, Qena governorate, which is the largest of its kind in the production of wood (fiberboard) in Egypt and the Middle East. The factory is under threat of closure and laying off thousands of workers as it cannot market its products due to their high prices compared to the imports.

Al-Ghoul said the free trade agreement was signed in 2005 by former prime minister Ahmed Nazif and came into effect in 2007. The deal was activated in 2013 under the rule of the Muslim Brotherhood. Turkish exports to Egypt exceeded EGP 4.6bn, while Egyptian exports to Turkey were only EGP 1.1bn, so the trade agreement was skewed to benefit Turkish industry only.

“You [Ministry of Trade] did not try to protect the local industry,” he claimed, referring to America’s imposing of 10-25% fees on Chinese imports.

“Turkish products have been entering the Egyptian market with zero customs for two years in violation to the timeline of the agreement,” Al-Ghoul said, calling for a clear written clarification from the Ministry of Trade and Industry on this issue.

This should not be happening in light of the deteriorated relations with the Turkish state, he added, describing the situation as “collusion between Turkish factories and some Egyptian importers at the expense of the local industry.”

The agreement stipulates that if one side faced any difficulties in terms of its balance of payments, this state should take the necessary measures to adjust its situation in line with the provisions of the World Trade Organization.

Interestingly, relations between Egypt and Turkey have been strained since the ouster of president Mohamed Morsi, however, the trade exchange between the two countries has witnessed steady growth.

Official figures and statistics show an increase in the volume of exports and imports between Cairo and Ankara, year after year, in what appears to be an attempt to isolate political differences from trade relations.

Notably, diplomatic relations between Turkey and Egypt have been maintained at the level of Chargé d’affaires on both sides since 2013. When Morsi was ousted, Ankara offered refuge and protection for the Muslim Brotherhood leadership while waging a media campaign against the current regime.

In addition, the two countries support different sides in the Libyan conflict, as Turkey allies with the UN- recognised Government of National Accord (GNA), while Egypt, along with the UAE, backs the eastern-based Libyan Arab Armed Forces (LAAF) led by Khalifa Haftar.

This dispute intensified after Turkey had signed an agreement with the GNA last November, aiming to establish an exclusive economic zone that extends from Turkey’s southern coast on the Mediterranean to the north-eastern Libyan coast. The move alarmed several countries, including Egypt which allocated huge investments to prospect energy sources in the mentioned region, and may threaten its ability to export gas to Europe.

On the other hand, Egyptian economic analyst Sabri Najeh said: “The agreement is supposed to be reassessed in 2020, and there is no intention to cancel it.”

“The two countries hoped the increase would be greater, but the escalation of political tension between them affected a lot of things in one way or another, despite the numbers of trade exchange rising year after year.”

“It is not in the interest of the Turkish government to cancel any free trade agreement with any country in light of the recent economic problems plaguing Ankara, and the same applies to Egypt, which has a programme for economic reform, and therefore aims to increase investments with any country, even if it is Turkey,” Najeh concluded.

Egypt’s imports from Turkey increased by 11% between January to September 2019, recording $2.39bn compared to $2.16bn in the same period of 2018, despite recent political tensions between the two countries.

According to a recent report issued by the Ministry of Trade and Industry, Egyptian exports to Turkey declined by 22% from January to September 2019, recording $1.37bn compared to $1.73bn in the same period in 2018.

In the first nine months of 2019, Turkey came fourth in the list of countries importing from Egypt, with a value of $1.2bn, according to the statistics of the Central Agency for Public Mobilization and Statistics (CAPMAS).

It is expected that this prosperity in economic relations between the two countries will continue in case of the renewal of the free trade agreement scheduled for this year.

In 2018, Ahmed Helmy, chairperson of the Chamber of Wood Products and Furniture, in the Federation of Egyptian Industries, called for the necessity of reviewing the pros and cons of the free trade agreement between the two countries, and taking measures that achieve the protection of the local furniture industry in a memorandum to former Minister of Industry Amr Nassar.

The decrease in Turkish lira’s value, larger exports to Egypt from Turkey, lifting customs on Turkish products, have all led to Egyptian products’ inability to compete with their Turkish competitors in the local market.

He went on to say, “The cost of a wooden product from an Egyptian company may reach EGP 70, while the Turkish product is now sold in Egypt at EGP 58. So many Egyptian companies could no longer operate, and 200 workers were laid off.”

Helmy warned that if the agreement is to continue without any control and with a lack of protection for Egyptian products, many countries like Morocco, Jordan, and others, will continue to push out Egyptian companies from the national market.

Several furniture factories submitted a memo to the Chamber demanding prompt interference to protect them from the harm caused as a result of the low price of the Turkish lira against US dollar. They also said that Turkish products threatens the closure of factories and displacement of labour, and they proposed in their memorandum the necessity of imposing fees on Turkish products that have a local equivalent.

This parliamentary move is considered a second attempt to slight Turkey after MPs called for the boycott of Turkish goods in response to Turkey’s blatant transgressions against the region, along with their attempts to plunder, spread chaos, and destabilise the Middle East.

Egypt’s Congress Party presented a request to Parliament Speaker Ali Abdel Aal to hold an extraordinary meeting to discuss the necessity of severing economic and trade deals between Egypt and Turkey.