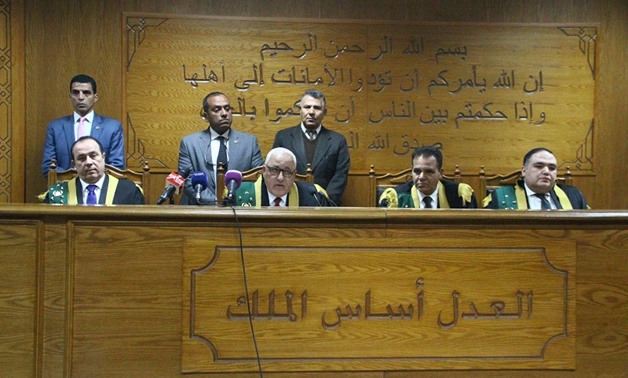 The State Security Criminal Court has sentenced 36 defendants to 1 year to life imprisonment for terrorist activities.  Seven others were found not guilty.

The court sentenced eight defendants to life imprisonment under the accusation of joining the Islamic State group. It also sentenced three to 15 years, and four others to 10 years in jail.

The court also imprisoned four people to seven years, 17 to three years, and a one to 1year imprisonment.

According to police investigations, the court found the convicts guilty, accusing them of forming a terrorist group in Cairo, Giza, Dakahlia, Qalyubia, Kafr El-Sheikh, Fayoum, and North Sinai aimed at sabotaging and undermining the state.

They were also accused of disrupting the constitution and laws of the country, attacking the members of the armed forces, the police, and Coptic Christians.