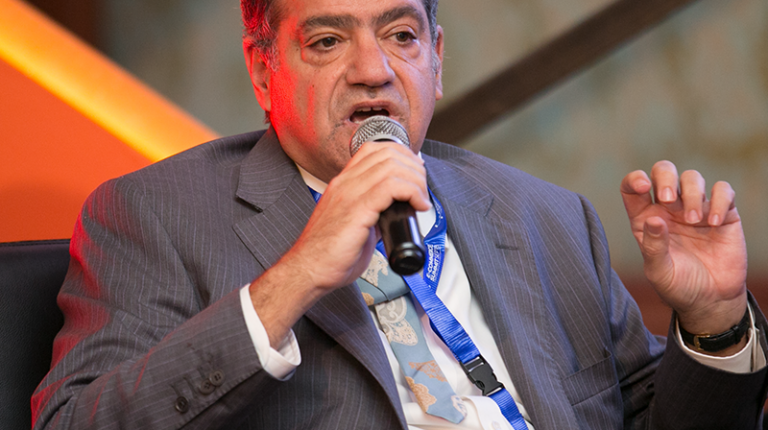 Following the adoption of the economic reform programme in 2016, the business environment in Egypt has been improving, albeit at a modest rate. According to the International Finance Corporation (IFC) Country Manager in Egypt, Libya, and Yemen Walid Labadi, said what is left to do is structural reforms to increase private sector participation, in addition to making sure the deficit, and debt levels, are narrowing.

Daily News Egypt interviewed Labadi to find out the IFC’s views on the Egyptian economy, how the country could boost Foreign Direct Investment (FDIs), and the most promising sectors for investments.

How much has IFC invested in FY 2019? And in which sectors?

Egypt is a priority country for IFC, and we have been a long-time supporter of the country’s private sector. Since 2005, IFC has committed a total of $4bn  (including mobilisation) to support private sector development, helping companies grow, create jobs, and boosting the country’s overall economic growth. Last fiscal year, 2019, which ended in June, IFC invested $309m (including mobilisation) to support the country’s manufacturing, agriculture, infrastructure, and renewable energy sectors.

We also have a robust advisory programme that helps businesses improve their processes and become more competitive and transparent. Our advisory portfolio has 15 projects that are worth $17.6m. In fiscal year 2019, we launched six advisory projects worth a total of $6.5m, to expand access to finance, especially for smaller businesses, support financial inclusion, promote gender diversity, and support entrepreneurship.

We often combine our investments and advisory work to provide a comprehensive support package that maximises our developmental impact. We also advise the government on how to create an attractive business environment, and work with them to help remove legal and technical obstacles that hamper private sector growth.

In the first half of FY 2020, we invested $234m. This includes an investment of $84m in a private wind farm on the Gulf of Suez, a debt package of $125m to a leading healthcare service provider to improve healthcare services in Egypt and Morocco, and a loan of $25m to the Middle East Glass to boost their production capacity.

How many equity investments do you have?

With 26 investments, our equity portfolio currently stands at $680m and covers critical sectors, like banking and financial services, manufacturing, insurance, construction, and technology.

Is IFC planning to invest in the upcoming government IPOs?

IFC invests in several industries, including the financial sector. IPOs are encouraging steps and could help unleash the promise of the private sector. IFC is open to considering opportunities associated with the IPOs of state-owned firms.

How do you see the business environment in Egypt?

The business environment in Egypt is improving, but at a modest rate. Egypt continues to advance in the World Bank Group’s annual Doing Business report. It placed 114th in the world in the latest rankings, up from 120th the previous year. However, there is much more to be done to improve the business environment and attract investments to the country.

Egypt’s rise reflects both procedural and structural reforms undertaken by the government, such as the introduction of new laws for investments, industrial licencing, and insolvency, which were significant steps toward supporting private sector development. In addition, one-stop shops were established reducing the time to start a business, borrower and lender rights were strengthened, and VAT cash refunds were extended to manufactures when engaged in new capital investments.

There is more room to lower the cost of doing business, which is still high. Also, an uneven playing field tends to drive investors away from Egypt and prevent companies from reaping the opportunities created by the recent currency devaluation.

What are the main 5 reforms that are needed for Egypt to improve its business environment?

Reducing the time it takes to register a property would benefit Egypt, where it now ranks 130/190 on the Registering a Property Indicator in the Doing Business Report 2020. Also, improving the efficiency of industrial land allocation through a market-based mechanism is important. Speeding up the ratification of the Egyptian Competition Authority (ECA) law, currently in parliament is key as well. The new law aims to strengthen the institutional, financial, and operational independence of the ECA, while enhancing its accountability and transparency.

Egypt’s geographical location is a great advantage for many sectors. The country is strategically located between east and west, which could make it an important logistics hub. But red tape and high customs fees discourage cross-border commerce. Egypt currently ranks 171 out of 190 countries on the trading across borders indicator. Cutting back on bureaucracy would be relatively simple and lead to major gains.

Diversifying the energy mix is critically important. That’s one area the country has made significant progress in especially in the case of the Benban solar array, near Aswan. Financed partially by IFC is one of the largest solar complexes in the world and a testament to Egypt’s potential when it comes to renewable energy. Opening-up the sector for private investments helped attract $2bn to build the Benban park.

Also, IFC recently invested $84m to support the development of a 252-megawatt wind farm in the Red Sea governorate. These projects will bolster the production of clean energy, lower generation costs, and diversify the country’s energy mix.

Would you recommend Egypt as an investment market? Why?

Yes. Egypt has taken significant strides in turning its macroeconomic situation around, which underscores the political will to implement reforms, boding well for successful policy implementation across the board.

Egypt’s much improved macro fundamentals will continue to have a positive impact on investor confidence and the country’s risk ratings. If the government continues to reform the business environment it will keep this country on the investors’ radar.

We believe there are several sectors that offer value to IFC and other investors, conditional on some sectoral reforms and a general improvement in the business climate.

Moving forward with our strategy in Egypt, we will continue to invest in renewable energy, especially solar and wind, two areas where we have been extremely active in recent years. We’ll forge ahead with our work to support small businesses, which are the backbone of Egypt’s economy, and we’ll look at new investments in areas like manufacturing, agribusiness, banking, and digital technology.

Which sectors should the government reform or focus on reforming?

The government should focus on sectors that have a significant developmental impact and where private investments can step in to alleviate pressures on government finances and ensure efficiency of the products and services. Those sectors include healthcare, where the proposed National Health Insurance plan should include a role for private providers and mechanisms to ensure quality care.

The state should also encourage public-private partnerships in desalination, wastewater removal and renewable energy, deals that would help the government focus precious funds on other priority areas.

It would be good to see the state strengthen the laws around microfinance, which is a potential driver of growth. Finally, in telecoms, it would behoove officials to implement a sector road map and remove barriers to private investments in towers and other infrastructure.

How do you see the performance of Egypt’s economy after completing EFF and IMF?

With the conclusion of the IMF’s Extended Fund Facility, Egypt has already completed the most difficult macro reforms needed to stabilise and eventually jump-start the economy. What is left to do is mostly structural reforms that are aimed to increase private sector participation, in addition to making sure the deficit and debt levels are narrowing. We do not believe there will be a reversal of macro-economic policies and the Central Bank of Egypt seems committed to maintain a flexible exchange rate and setting inflation as the core objective of monetary policy.

Real GDP growth is projected to continue its upward trend to reach 5.8% and 6.0% in FY 2020 and FY2021, respectively, supported by private consumption, investments, tourism, and gas exports. The fiscal deficit is expected to continue declining gradually over the medium term to reach 7.0% of GDP by FY2021 on the back of continued subsidy reforms and consolidation of the public sector wage bill. The current account deficit is projected to remain stable over the medium term at 2.6% of GDP in FY2020 and FY2021. These are all signs that Egypt is starting to turn the economic corner.