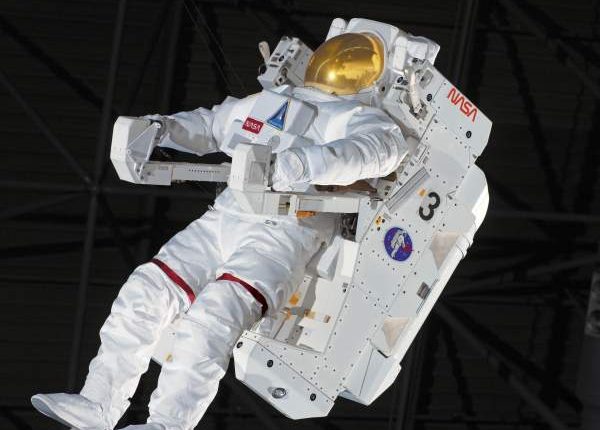 The world will witness several science events this year, including climate change, medical trials, and space exploration. Here’s five of the most important events, we believe, locally and internationally.

Minister of Higher Education and Scientific Research Khaled Abdel Ghaffar announced that the third Egyptian satellite QSAT will launch in June, as part of the Knowledge Alliance programme funded by the ministry for the purpose of development and scientific research.

Abdel Ghaffar added that the Ministry has a clear plan for 2020 related to satellite techniques. He pointed out that the three satellites are aimed at research and development purposes, including agricultural development, urban planning, following-up on major national projects, coastal environmental studies, climate prediction, and natural hazards. It will be a small and exploratory-oriented satellite, fully manufactured by Egyptians to help detect groundwater.

The minister stressed that each university will be able to launch its own satellite, which has been a dream for years, adding that the ministry is working on this in coordination with the Egyptian Space Agency and the Spacecraft Assembly, Integration, and Test (AIT) Centre in the New Administrative Capital.

As climate change and its impacts are some of the major crises that the globe is facing currently, one of the biggest international events on the issue, COP26 climate conference, will be held in November in the United Kingdom. At the conference, countries must come forward with updated targets for reducing their greenhouse-gas emissions to help limit global warming to no more than 2 °C.

The United Nations Environment Programme is also expected to release a major report on the scientific and technical aspects of geoengineering in August. Geoengineering is one of the approaches that scientists believe could be used to fight climate change. These techniques include pulling carbon dioxide out of the atmosphere and blocking sunlight.

Not too far from that, the International Seabed Authority will also issue long-awaited regulations regarding mining in the sea. These regulations will come at a time when scientists have concerns that we do not have the needed knowledge about the negative impacts of practicing mining in the sea, as there are doubts that this could damage marine ecosystems, with potentially disastrous impacts on already stressed environments.

The CRISPR gene-editing tool, a genetic engineering technique in molecular biology by which the genomes of living organisms may be modified, will undergo tests this year to ensure its expected role in treating cancer and genetic diseases.

The clinical tests will be conducted by an American team using CRISPR to disable three genes in T cells – which plays a central role in the immune response- that are then returned to a cancer patient’s body. This promising approach could help the immune system stop malignant cells from growing and potentially extend a patient’s life. Another team of Chinese researchers are working on an approach to treat patients with sickle cell anemia and thalassemia by using the DNA editor to switch on the gene coding for a fatal version of hemoglobin to compensate for the defective adult form of the oxygen-carrying protein; last fall, scientists reported success in two patients and in 2020 will present longer-term results for a larger group, according to Science magazine.

The year would see the fulfilment of several long-promised achievements in human spaceflight. For the first time, private companies would launch humans into orbit, and two different companies would send paying tourists on suborbital missions. The aerospace community has been watching and waiting for these milestones for years, but 2020 is probably the year for both.

We may also see a number of new rocket debuts this year, both big and small. A record number of missions—four—are also due to launch to Mars from four different space agencies. That’s just the beginning of what promises to be an exciting year; here’s a look at what we’re most eagerly anticipating in the coming 11.5 months.

The year would also see the fulfilment the long-promised manned space flight, especially by private companies to send tourists on suborbital missions. SpaceX’s Dragon 2 spacecraft and Boeing’s Star Liner CST-100 will make their first manned flights to the International Space Station. Projects of the two companies have witnessed some delays, but finally they have succeeded, in recent months, in their trials and tests in preparation for the mission.

According to a report published by the Conversation, the two companies have conducted safety tests that included; multiple parachute falls, the ability of capsules to shoot themselves away from missiles they carry in emergency situations and failure to launch. However, last December, an unmanned test of a Starliner failed to reach the International Space Station due to a problem with the programme. On the other hand, SpaceX has completed the first Dragon 2 experimental flight, and is currently expecting to launch its first manned mission to the International Space Station in the first quarter of 2020.

One of the most important anticipated science events this year is the Artemis I, formerly known as the Exploration Mission-1, which will be the first integrated test of NASA’s deep space exploration systems: the Orion spacecraft, Space Launch System (SLS) rocket, and the ground systems at Kennedy Space Center in Cape Canaveral, Florida.

It will also be the first in a series of increasingly complex missions by ‎NASA that will enable human exploration to the Moon and Mars.

The spacecraft will launch on the most powerful rockets in the world and fly beyond any spacecraft built for human travel has ever done, traveling about 250,000 kilometres from Earth, thousands of miles beyond the Moon over the course of about three-week.

According to NASA, Orion will stay in space longer than any ship for astronauts has done without docking to a space station. It would return home faster and warmer than ever before.