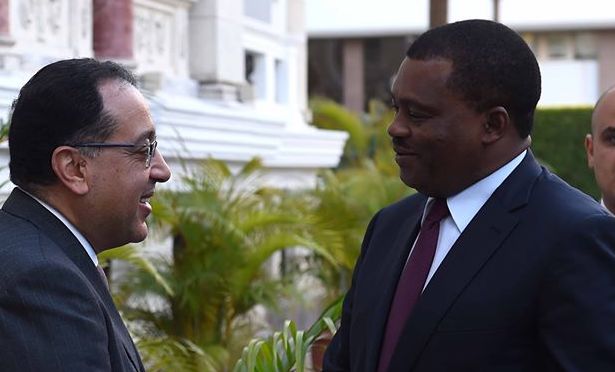 Pointing out the cooperation between the two countries, Madbouly said that the Egyptian ministry of health is coordinating with Kenya in order to implement the Egyptian initiative to treat one million cases of Hepacivirus C (HCV).The two sides also asserted the importance of cooperation between Egypt and Kenya for training and exchange experiences and modern technologies in agricultural fields.

Madbouly had also hailed the increased momentum in bilateral relations between the two countries, expressing Egypt’s support for development efforts made in Kenya’s “Big Four Agenda” for improving health and manufacturing, in addition to providing low-cost housing, and food security.

He said  Kenya was one of Egypt’s largest trade partners in Africa, adding that the volume of Egyptian-Kenyan trade increased to $640m in 2018, compared to $553m in 2017.

Speaking about the water file, Madbouly asserted that Egypt depends mainly on the Nile River as a main source of water, explaining that this source is supposed to meet the needs of more than 100 million Egyptians. He said that cooperation among the Nile Basin countries was imperative.

Meanwhile, Muturi expressed Kenya’s appreciation for the important role played by Egypt during its presidency of the African Union, affirming Kenya’s support in the efforts made by Egypt to enhance cooperation between African countries.

Later, Muturi met with Egypt’s Minister of Agriculture and Land Reclamation, Al-Sayed el-Quseir, discussing ways to enhance agricultural cooperation. During the meeting, the two sides asserted the importance of cooperation between Egypt and Kenya, for training and exchange experiences and modern technologies in agricultural fields.

They also agreed to activate the memoranda of understanding signed between the two sides, aimed at establishing farms for the production of maize, rice, and soybeans, as well as increasing opportunities for commercial exchange of agricultural crops and animal production between the two countries.