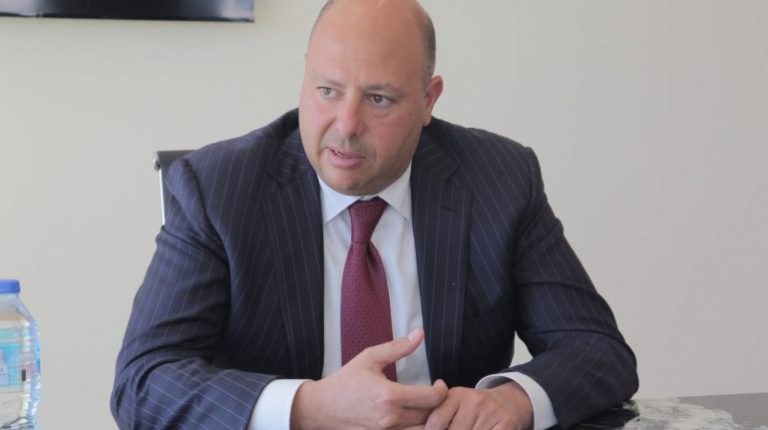 CI Capital Holding – provider of leasing, microfinance, and investment banking services – continued its leadership of the non-banking financial sector last year, after arranging finances that exceeded EGP 9bn for financial leasing and microfinance, and launching a new mortgage finance company. In addition, the company prepares for starting the actual operation of its Souhoola, CI Consumer Finance in the first quarter (1Q) of 2020.

With the growth of finance portfolios in the non-banking financial sector and the launch of hundreds of companies in the fields of consumer finance, financial leasing, microfinance, and mortgage finance over the past years, Daily News Egypt interviewed Co-CEO of CI Capital Holding Hazem Badran. He talked about the company’s future activities and the available opportunities in the sector.

In the last period, Egypt witnessed an increase in local direct and indirect investment, after the decline in foreign investment due to regional political unrest. So, the government and local investors were the most capable of seizing investment opportunities and risk-taking.

The most attractive sectors for foreign direct investment will be those that benefit from governmental initiatives of reducing energy prices and the Central Bank of Egypt’s (CBE) initiatives, the most prominent of which are tourism, education, financial services, and banking, Badran said.

“The market indicators are attractive, and the market lacks only foreign liquidity,” he added.

CI Capital considers various opportunities in all sectors, not direct investment in its usual sense. The company does not have funds with certain orientation and does not work in fund management.

CI Capital has 60% indirect stake in Taleem Educational Services and Consultations (TESC). The company share the stake with several local and foreign investors, however, the TESC’s management is under CI Capital.

Investment in the education sector relies on its growth rates and available opportunities. CI capital aims to support the current administration of TESC to achieve greater growth in its managed universities.

“There is an investment gap in the higher education market that prompts the company to consider expansion by acquiring existing universities or establishing new ones in new cities, or even entering in partnerships in this field,” Badran noted.

CI Capital works on preparing TESC for offering on the Egyptian Exchange (EGX), but not with the aim of investment exit. TESC will be the backbone of CI Capital’s investment in the sector, as it started to contribute to the latter’s revenues in 2019. Starting from 2021, TESC will be an important contributor to CI Capital’s consolidated profits.

The first investment of TESC will be announced in the first half (1H) of the year, and a study is underway to open a physical therapy college within the next fiscal year (FY) 2020/21, Badran revealed.

In addition, the company has already started expansion, and obtained a land plot of 25 feddan in New Beni Suef, 3 km away from Nahda University, owned by TESC, to establish a new campus of the University.

He pointed out that non-medical colleges in Nahda University, such as engineering, commerce, and computer science, will be transferred to the new campus next year.

On a different note, Badran said CI Capital has about EGP 9.2bn worth assets under management, stressing that the company is always keen to enter into successful and existing investments to achieve profits.

“There are certain criteria that the company pursues when assessing investment opportunities, including profits, recurring profits, and growth rates,” he continued.

CI Capital is represented in all non-banking financial services and has a good local market share in financial leasing, microfinance, and consumer finance.

The company’s loan portfolio exceeded EGP 9bn after the latest securitisation process, of which the financial leasing accounted for EGP 8bn.

Badran believes that new non-banking financial companies will take a long time to achieve significant growth, due to the large number of these companies.

He noted that all CI Capital services achieve separate profits, whether finance leasing, microfinance, brokerage, etc, and these profits are cash which allows distribution to shareholders.

The company will start considering profit distribution starting from 2021 after retaining the profits for two years to finance expansions and investments. The company invested about EGP 400m last year and would invest the same amount in 2020. The last year’s investments included establishing two companies, one for mortgage financing and another for consumer finance, in addition to expansion in the education sector.

Moreover, the company’s affiliate Souhoola for consumer finance conducted several operation trials, and it became ready for actual operation in the first quarter (1Q) of the year.

Reefy has 54 branches and plans to open six new branches this month. The company plans to add 25-30 branches in remote areas by the end of the year to target new segments. The company works on providing crowdfunding services, and there are negotiations with an electronic payment company to facilitate the collection of instalments from customers.

CI Capital plans for a new securitisation this year for its financial leasing portfolio. It targets less than the maximum limit set by the Financial Regulatory Authority.

As for the debt instruments market, the company plans for two operations, either for itself or subsidiaries, which is an expected step amid the fall of interest rates, which positively affects the market and the expansion of companies.