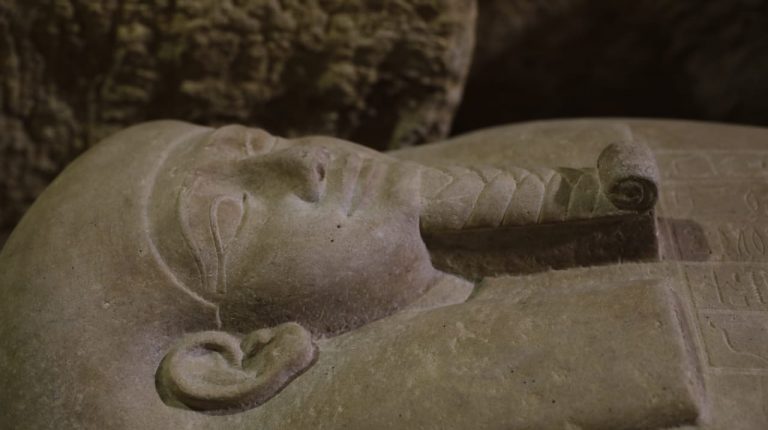 Minya — The Ministry of Antiquities and Tourism announced on Thursday, the discovery of 16 burial chambers and 20 limestone sarcophagus belonging to high priests at Al-ghoryfah archaeological site, in Minya.

The unearthed antiquities are the results of the third excavation season in the area which started last August.

The unearthed gems saw the light with through an Egyptian mission, headed by Moustafa Waziri, Secretary-General of the Supreme Council of Antiquities. More than 10,000 ushabti statues were found buried at the tombs, some are made of pure gold.

“This place is still virgin. It has still many secrets waiting to be unearthed,” Minister of Antiquities and Tourism, Khaled Anany stated in his speech.

Waziri explained that over the past three seasons 35 burial shafts were discovered, adding that the area still has much more to fascinate the world with.

The discovery is the first one in 2020, and the third in Al-Ghoryfah as an ancient archaeological site.