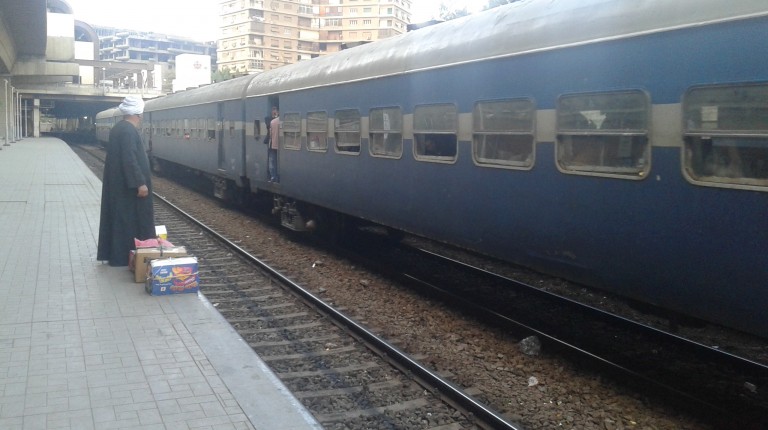 Egypt’s Ministry of Transportation has said a father, who appeared in a video circulated on media websites showing him embracing his daughter between the rail platform and a moving train in Ismailia station, had violated the safety instructions.

The ministry added on Tuesday that by reviewing the security cameras in Ismailia Railway Station, it founded that instead of using the passengers tunnel between the two platforms, the man got off the train from the wrong door along with his daughter. The two were trying to cross to the other platform through the coupling of the opposite train, but were unable to properly get over the space between the trains and fell off.

While he was crossing between carriages, his daughter fell between the sidewalk and the train, prompting the father to jump down and help his daughter onto the platform. It was at this moment that the train started moving, and in an attempt to protect his daughter, the father started protectively hugging her.

After this incident, the man was charged to pay a fine for violating safety instructions and endangering his and daughter’s lives.

Over the past few days, internet users have shared en masse a video of a man hugging his young daughter under a sidewalk of a moving train.