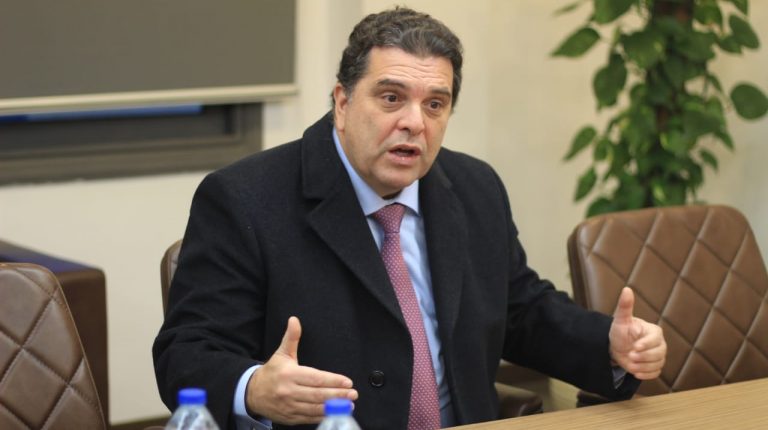 Al Ahly Capital’s investment portfolio reached about EGP 8bn, and it aims to pump over EGP 500m investments this year.

One of the major obstacles to foreign investment in Egypt was the local currency value, meaning that the floatation was the most powerful step of economic reform and contributed to the stability of the currency now, he added. FDI would create job opportunities and contribute to economic growth.

Al Ahly Capital’s investment portfolio is strong, allowing the company to penetrate different sectors, most notably education and health, allowing it to add value, both economically and socially, to Egypt.

Therefore, the value added is an essential factor for entering any new investment. For example, Al Ahly Capital invested in Canal Sugar company, as this investment had a greater impact on the national economy than on the company’s financial return.

Canal Sugar would expand in beet cultivation on 122,000 feddan reclaimed land, and build a new sugar factory with a production capacity of 900,000 tonnes. The investment cost of the project is about $300m, of which $100m are direct investments and the rest are financed by local loans and foreign banks.

The company, so far, has drilled 84 water wells at different depths for irrigation. The sites of those wells are chosen carefully to ensure long-term use.

As for the health sector, Saada said the Egyptian healthcare still needs further investments to improve its quality. Al Ahly Capital aims to establish an integrated medical system through one of its subsidiaries.

Al Ahly Medical Company’s targeted investments in the health sector would reach $300m within three years, of which about $50m would be provided by the company itself, he added.

Saada pointed out that the application of Egypt’s comprehensive health insurance system would take years, and that there would be no contradiction between his company’s expansion in medical services and the new health insurance, as they would integrate with each other.

Moreover, Al Ahly Capital also studies entering into the education sector in 2021, targeting the middle class, through the establishment of a holding company for education.

He pointed out that the size of the investment portfolio is about EGP 8bn, according to the company’s budget, adding that the company aims to pump investments amounting to more than EGP 500m during 2020.

On a different note, Saada pointed out that the company’s plan to develop into an integrated investment bank started with acquiring Pharos Securities, where Pharos had an investment model that matched Al Ahly Capital’s aspirations.

He noted that Al Ahly Capital was entitled to use Pharos trademark for now, however, it would change it later by merging Pharos and Al Ahly trademarks. The brokerage fee represented 90% of the transaction, he added.

The company is working on a separate platform for microfinance and agricultural industries for export which is due to start this year.

On another front, Saada explained that the monetary easing policy pursued by the Central Bank of Egypt would enhance the companies’ ability to borrow and help complete their projects, as well as improve the FDI climate in Egypt.

Moreover, the tax reform system needs to be reconsidered, as it’s still an obstacle to investment, he said, urging the need to focus on tax revenues, not tax rates, because it further attracts FDIs.

Regarding the macroeconomic indicators of Egypt, Saada pointed out that formal GDP represents about 60% of the national economy, stressing the necessity of adding the informal economy, which is what the state is pursuing through financial inclusion.

This, he explained, would bring the GDP much higher than external debt, which would improve Egypt’s ability to borrow, upgrade its credit rating, and attract further FDIs.