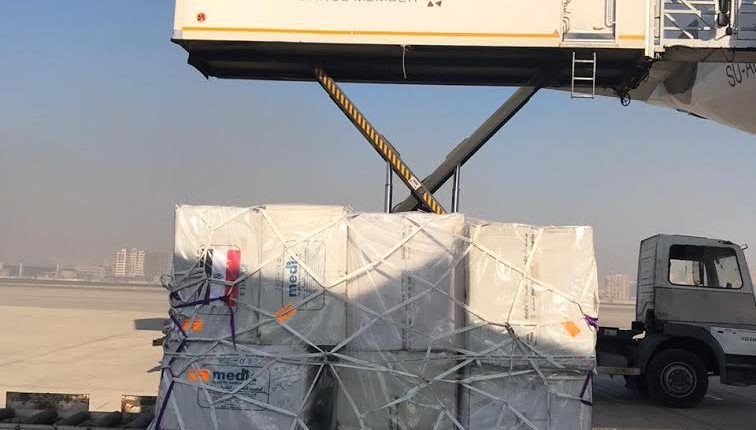 The World Health Organization (WHO) announced on Sunday that 20% of Coronavirus patients experience a stronger mutation of the virus, while it kills two out of every 100 patients. The exact number of infections is still unknown, but the organisation continues to analyse information in real time and assess the risks.

In a press conference held in Cairo, the WHO said countries all over the world would be equipped with coronavirus detectors within a week, noting that Egypt  would have them within hours.

The WHO asserted that although there was no outbreak of the virus in the Eastern Mediterranean, the region is one of the most vulnerable, as it receives direct and indirect flights coming from China.

However, the organisation said that there was no need to impose restrictions on air transport, confirming that treatment proved its effectiveness.

The WHO’s regional director in the Eastren Mediterranean, Dr Ahmed Al-Mandhari, said that there are 11,950 confirmed cases infected with the virus, with most cases appearing in China. While the United Arab Emirates has six patients, four of them from the same family.

Meanwhile, the Philippines’ health officials announced Sunday that a man died from Coronavirus, marking the first death of coronavirus outside of China since the outbreak began in December.

Meanwhile, Egypt’s Ministry of Health announced providing China with 10 tonnes of medical items and equipment, in order to assist China in dealing with the Coronavirus outbreak.

Spokesperson for the ministry Khaled Megahed said that the equipment would be transferred aboard a plane carrying Egyptians returning to China’s Wuhan.

He added that the equipment included necessary preventive items such as masks, explaining that Egypt has a sufficient strategic reserve of required preventive medical items and equipment in order to face the virus.

Furthermore, Egypt started to evacuate its citizen from China on Sunday, by sending a special jet to the Chinese city of Wuhan to bring 306 Egyptian back, the aviation ministry said in a statement.

Cabinet spokesperson Nader Saad said that the returnees come out of a total 345 Egyptian nationals who have requested to return home from Wuhan city, the Coronavirus’s epicentre.

Saad added that Prime Minister Mustafa Madbouly is following up with the Minister of Health Hala Zayed to figure out the steps needed to bring back citizens from China.

In preparation of this return, the Egyptian ministry of Health has established a medical camp, equipping it with all the necessary medical equipment. It has also assigned a medical team consisting of three doctors and three nurses to travel in the plane carrying Egyptians returning from China.

The ministry pointed out that the medical camp is provided with equipment, a central laboratory specialised in virology, and a chemistry and hematology laboratory. The ministry has also established a central pharmacy stocked with chronic and infectious disease medication.

The camp will also have four self-sterilised ambulances, and 25 ambulances with intensive care, in addition to preparing a hospital near the camp to receive any suspected cases.