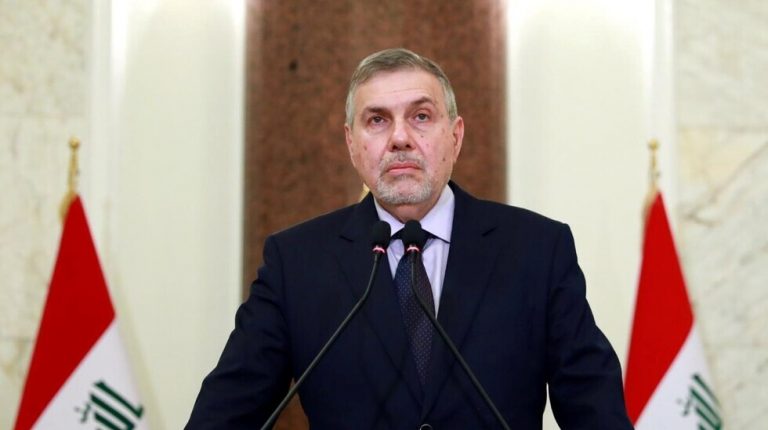 Iraq’s new assigned Prime Minister (PM) Mohamed Tawfik Allawi has asked the Iraqi people to support him in his mission after his appointment on Saturday by President Barham Salih following about four months of political instability and mass demonstrations across the country.

Since the announcement of his assignment, Allawi faced a storm of anger from Iraqi demonstrators who view him as part of the ruling elite they are trying to remove. In Baghdad and southern governorates, the protestors attacked Allawi, chanting “rejected by the people.”

In November 2019, former Iraqi Prime Minister Adel Abdel Mahdi resigned following the demonstrations, and since then, the Iraqi political parties failed to agree on a new prime minister according to the sectarian political system which gives the post to a Shia Muslim.

Allawi will run the country until early elections can be held, and will attempt to form a new government within a month.

In a televised speech to the national broadcast on state television late on Saturday, Allawi pledged to build “a state of citizenship and institutions. A state of justice and freedom.” He also pledged to work to meet the demands of protesters in terms of jobs and services and to combat rampant corruption.

Allawi added that the elections would be held under the supervision of international observers, without giving further details on the process of its timing. He further said that he would resign if the political blocs tried to impose candidates for ministerial positions, and called on demonstrators to continue their protests until their demands are met.

The Special Representative of the UN Secretary-General for Iraq, Jenin Hennes-Blachart, welcomed the assignment of a new Iraqi Prime Minister, and urged him to act quickly to implement reforms, and accountability in the country.

The National Coalition led by former Prime Minister Iyad Allawi said that the coalition had yet to nominate anyone to lead the government and would not be “a false witness.”  leader of the Sadr movement, Muqtada Al-Sadr, said that it is the people who should choose their prime minister, not the blocs. He described Allawi’s assignment as a good step.