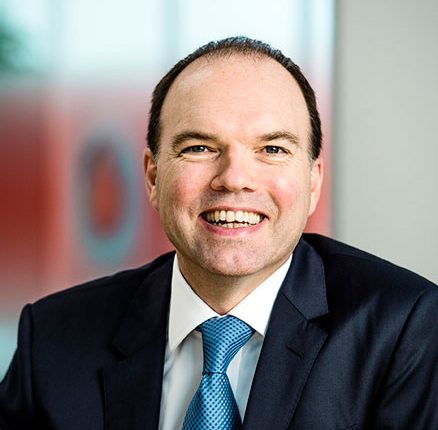 Nicholas Reed, CEO of Vodafone International, said in a press statement that selling the group’s share in Vodafone Egypt comes in line with the group’s strategy to stimulate investments in international markets. The company also plans to achieve the best return for shareholders by focusing on European and African markets while trying to reduce the net debt burden.

He added that the group’s presence in the Egyptian market  witnessed many successes over the years, and that the market would continue to provide many benefits as the company continued with its long-term partnership agreement alongside Vodafone International Services Company (VOIS).

Ahmed Ramadan, investment associate, said there are several reasons that led Vodafone to leave the mobile market in Egypt, the most important of which is the state of saturation the market saw , both in terms of new subscribers and profitability.

Ramadan added that despite Vodafone Egypt’s annual profits, these profits are faced by huge investments and the difficulty of settling these profits at the same rates in the coming years. This is due to the market’s fierce competition and the state of saturation it suffered from.

About 7,800 Egyptian youths work in VOIS. It offers its services to a number of regional and European markets.

The source explained that Vodafone International was looking for a profitable way out of the mobile market, which is what it found in the STC deal.

Ayman Essam, director of legal and external affairs in Vodafone Egypt, said that the negotiations with STC had been taking place for quite some time now in secrecy, but had finally reached an agreement in November.