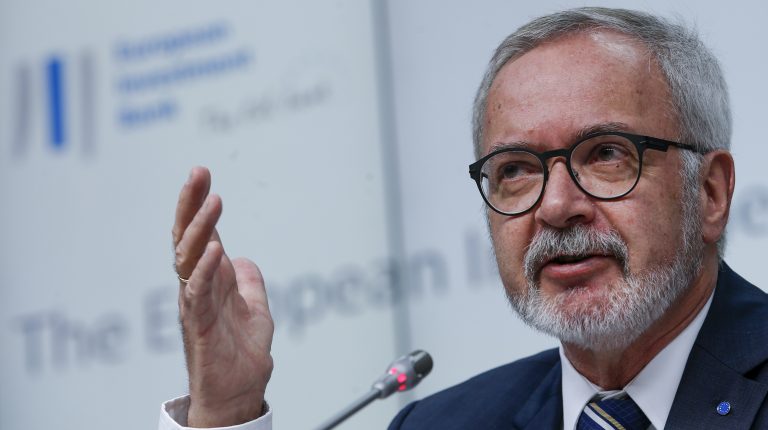 The European Investment Bank Group (EIB) exceeded its own targets, signing a record number of 1,095 operations and increasing financing volumes to €72.22bn, according to EIB President Werner Hoyer.

During EIB Group’s annual press conference on Thursday in Brussels, Hoyer said, “This was in spite of uncertainty and delays linked to Brexit and to the need for the remaining EU Member States to come to an agreement, last spring, over the replacement of the UK’s share of EIB capital. The EIB Group also approved ambitious new climate targets and a revised energy lending policy that put it at the forefront of the fight against climate change.”

Hoyer added that the EU bank has performed well in the markets, proving that there is strong demand for its products. It has also won support from the Member States in addressing and resolving the Brexit challenge. Now, as Europe puts a strong emphasis on climate action, the EU bank has decided to dramatically strengthen its role as the European Union’s climate bank.

The financing provided by the EIB Group in 2019 supports total investments of around €280bn in Europe and worldwide, an increase of €50bn compared to 2018.

A record 31% share of this financing went into climate action projects, transforming Europe’s energy markets, but also mitigating the effects of climate change and helping people in greatly affected areas to adapt. “We are ramping up our climate action. The EU bank plays an integral part in the European Green Deal announced by the new President of the European Commission, Ursula von der Leyen,” Hoyer noted.

The EIB aims to dedicate 50% of its financing to climate action and environmental sustainability as of 2025. It expects to unlock more than €1trn in green finance by 2030. Under its new energy lending policy, the EIB has decided to stop financing conventional fossil-fuel projects as of the end of 2021.

The EIB Group remains strongly committed to supporting Europe’s competitiveness in the global economy. In the past year, €25.5bn went to small and medium-sized companies, providing much-needed support to entrepreneurs that form the backbone of the EU’s economy and still often struggle to access finance. The EU bank made available €14.4bn for innovation, supporting new technologies and helping to build the industries of the future. The bank also invested €15.7bn to finance the construction of modern infrastructure to improve people’s lives.

Operations signed in the last year alone will provide power to 7.4m households and fresh drinking water for 10m households around the world. They will support 4.4m jobs in small and medium-sized enterprises and improve mobile communication services for 117 million people and health services for 12 million citizens.