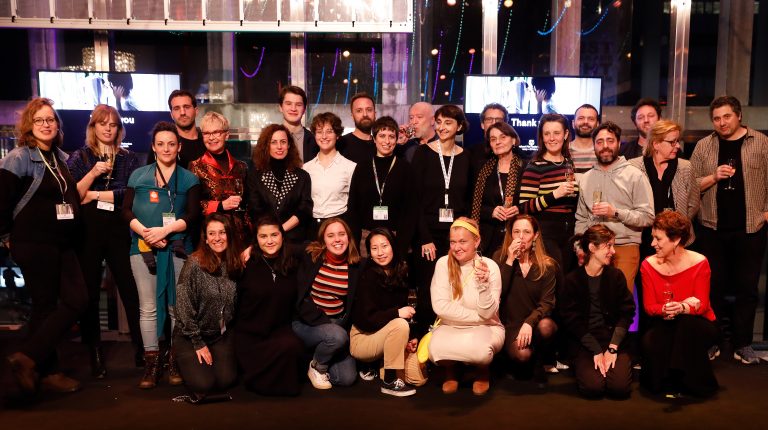 Rotterdam – The IFFR Pro Days and the 37th edition of CineMart came to a close at International Film Festival Rotterdam (IFFR), where Six different IFFR Pro Awards were handed out to the most promising projects-in-the-making, including the new Splendor Omnia Award and IFFR Pro Young Network Award.

“This edition of IFFR Pro proved that bringing together talent and ideas, and those who can support them, remains a very relevant thing to do. Cinema and the stories we aim to bring to fruition are relevant and have meaning. I am very proud of this year’s edition and look forward to tweaking our endeavours in the future to both create and reflect change,”  Head of IFFR Pro Marit van den Elshout said.

The Eurimages Co-production Development Award worth €20,000 is given to one of the selected CineMart or BoostNL projects that is, or will be, a European co-production. It was given to Infanta by Natalia Garagiola and Rei Cine from Argentina. The jury report said that the “winning project promises to be an intense drama, with a starting point in real historical events.”

“It is also a reflection on the power of collective delusion and the societal norms that make this possible. After a first film set in an exclusively masculine and contemporary world, this plunge into an all-female universe will be a fitting follow-up,” the jury added.

The Filmmore Post-production Award is presented by the visual effects and post-production lab Filmmore and comes with a €7,500 prize. The winning project was

On choosing the film, the jury said it was unanimously intrigued by this psychodrama about whiteness. “White people have for a long time dominated the world and are used to looking at the world from their point of view. But the world is predominantly not white. This story is about white people who hide beyond the walls of a gated community, only to find out that the danger doesn’t come from the outside but from within,” it added. The jury included Ilse Hughan, Annamaria Lodato, and Anton Scholten.

The ArteKino International Prize worth €6,000 is given to the producer of the best CineMart or BoostNL project to support its financial development. The winning project was Sleepwalkers by Radu Jude.

The project was a very original and convincing project by a director who was already created an important body of work made of diverse and captivating films. “The producer is experienced and competent and their partnership is very solid. The project questions the meaning of intimacy in the age of the internet, and deals with the impact of exposure on the articulation between individuals and our current society,” the jury which contained Ilse Hughan, Annamaria Lodato, and Anton Scholten, said.

This prize of €5,000 is awarded by CineMart in partnership with the Wouter Barendrecht Film Foundation to a filmmaker under the age of 35 who has directed three or fewer films. The winning project was The Station by Sara Ishaq.

The jury said “After careful consideration the jury decided to give the award to a team which we think can make a difference with regard to country’s film culture and industry, or, more precisely, the lack of the latter.”

The winning project was Celosos hombres blancos by Iván Granovsky.

The film explores new ways of telling a story and is highly original in many aspects and on many levels. “We will travel through time, backward and forward and in a certain way, we will be invited to re-think history guided by beautiful and interesting images on the screen. And last but not least, we will, for sure, have a few good laughs.” The jury included Ilse Hughan, Annamaria Lodato, and Anton Scholten.