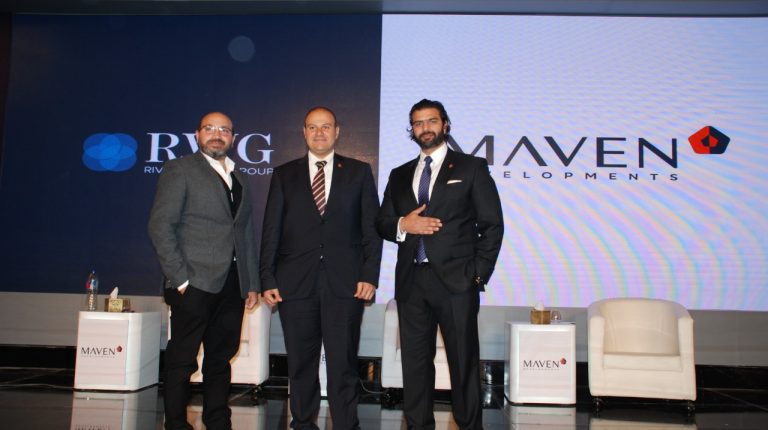 Maven Developments, an affiliate of Riverwards Group, announced the launch of Baymount project, the company’s first project in Egypt, valued at EGP 4bn, will be located in Ain Sokhna on an area of 76 feddan and at a height of up to 240 metres above sea level.

Mohamed Rushdy, president of Riverwards Group, and Co-Founder and Board Member of Maven Developments, stated that the key factors behind their decision to invest in Egypt were the clarity of the country’s economic vision and political stability, as well as the boom seen recently in the Egyptian real estate sector, coupled with the incentives provided by the Egyptian government, especially the recent amendments to the Investment Law, which are aimed to lure investors from all industries.

During the press conference held on Sunday, in which a number of the company’s top executives in Egypt were present, Rushdy noted, “Choosing Ain Sokhna to kick start our foray into the Egyptian market was one of the elements we were keen on, given its strong potential amid vast urbanisation, drive, and commercial and industrial activity, which makes it a hub for business across the entire Red Sea region. Within a few years, Ain Sokhna will likely become Cairo’s natural urban extension on the Red Sea. Furthermore, our presence in the US via Riverwards Group will provide us with the capability of marketing our projects in Egypt.”

He reveled that company aims to achieve EGP 1bn in sales of Baymount Sokhna project during the current year, and pointed out that the project implementation works are being assigned to contracting companies.

Maven plans to inject investments worth EGP 120m into the project during the last quarter of this year, he revealed.

As for the company’s future projects, he elaborated that the company has a plan for real estate investment in various places in Egypt. The company already has a project that will be unveiled shortly in Ras Al-Hekma area, along with a number of other lands that are currently being negotiated.

“We base all of our steps on a detailed study of the market and the needs of our customers so that we are able to provide, through our projects, added value that makes a difference in the lives of our customers,” he highlighted.

Mohamed Youssef, Co-Founder and President of Maven Developments, said that once they decided to go for a development in the Red Sea region, one of their goals was to build a project with a distinct mountainous nature.

He also said that Baymount development will include 1,756 housing units of various sizes and floorplans with all units having an unobstructed panoramic view of the sea fitted with modern designs.

Youssef further disclosed that the company will contract with real estate marketing companies in the United States of America to market the project to Arab communities there.