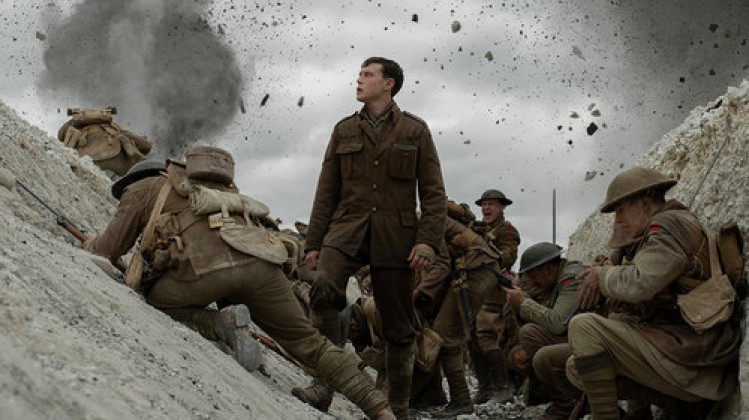 The immersive war epic, based on the wartime experiences of Mendes’ grandfather, also picked up five additional awards, making it the big winner of the night, beating US contenders Joker, The Irishman, and Once Upon a Time in Hollywood.

The film tells the story of two British soldiers on a perilous mission across no man’s land to try and avert a suicidal offensive. The scenes were shot in long, uninterrupted takes. The film was also honoured for its cinematography and production design, sound and visual effects.

Based on Batman’s comic book nemesis, the movie tells the story of the villain’s origin story of his decent into madness. Joaquin Phoenix, who plays the Joker, has been praised for what critics have called a brilliant but terrifying performance of a mentally unhinged outcast who finds fame through acts of violence.

Despite the cloud that hangs over the film and discussions about whether or not it promotes violence, Joker has scored an October 2019 box office record. The film earned $13.3m in its Thursday night opening screenings.

With a wide-ranging career spanning over 35 years, Phoenix has starred in such films as​ The Master​, ​Inherent Vice​,​ Walk the Line​, ​Gladiator​, ​To Die For​, and ​Her. ​He has been nominated for three Academy Awards for his roles as Commodus​ ​in ​Gladiator​, Freddie Quell in ​The Master​ and Johnny Cash in​ Walk the Line​, for which he won a Golden Globe.

The tragicomic film explores the growing gap between rich and poor by telling the story of two families at opposite ends of the economic spectrum in South Korea.

Leading Actress went to Renée Zellweger for Judy. The film follows Judy Garland, child of Wizard of Oz, in her last year, while trying to regain her career. Through her anxiety and refusal to rehearse, she shines again on the theatre stage.

Supporting Actor was given to Brad Pitt for Once Upon a Time… in Hollywood. Leonardo DiCaprio, Brad Pitt and Margot Robbie star in the drama set in the late 1960s during the hippie movement and Manson Family nightmare gripped Hollywood.

For Sama, the epic and intimate journey filmed through five years of uprising in Aleppo, Syria, won Documentary.

Jojo Rabbit won Adapted Screenplay and Le Mans 66 took the BAFTA for Editing. Klaus took the award for Animated Film. Jojo Rabbit is a coming-of-age comedy about a 10-year-old boy growing up in Germany during World War II who finds out his mother, played by Scarlett Johansson, is hiding a young Jewish girl. Throughout the film, Jojo confides in his imaginary friend Adolf Hitler, who is played by Taika

Bombshell received the BAFTA for Make Up & Hair, and Little Women won for Costume Design. Writer/director Mark Jenkin and producers Kate Byers and Linn Waite received the award for Outstanding Debut by a British Writer, Director or Producer for Bait.

Learning to Skateboard in a Warzone (If You’re a Girl) won the British Short Film award, while the BAFTA for British Short Animation was won by Grandad Was a Romantic.

The Special Award for Outstanding British Contribution to Cinema was presented to Andy Serkis. Through his pioneering work in the evolving art of performance capture he has widened the parameters of what it means to be an actor in the 21st century.

The Fellowship, the highest honour the Academy can bestow, was presented to producer Kathleen Kennedy by HRH The Duke of Cambridge, President of BAFTA, and Daisy Ridley and John Boyega.

The EE Rising Star Award, voted for by the public, went to Micheal Ward.

The ceremony, hosted by Graham Norton, was held at London’s Royal Albert Hall and featured performances by Cirque du Soleil and Jessie Buckley.

A lack of diversity dominated discussion ahead of the BAFTAs. The rising star award, the one trophy decided by the public, went to black British actor Micheal Ward, but awards organisers called it “disappointing” that there were no performers of color among the acting nominees.

Nominees for the BAFTAs are chosen by 6,500 academy members who work in the UK and international film industry.

British star Cynthia Erivo, who is Oscar-nominated for her performance as abolitionist Harriet Tubman in Harriet, but who was ignored by the BAFTAs, declined an invitation to perform at Sunday’s award ceremony in protest.