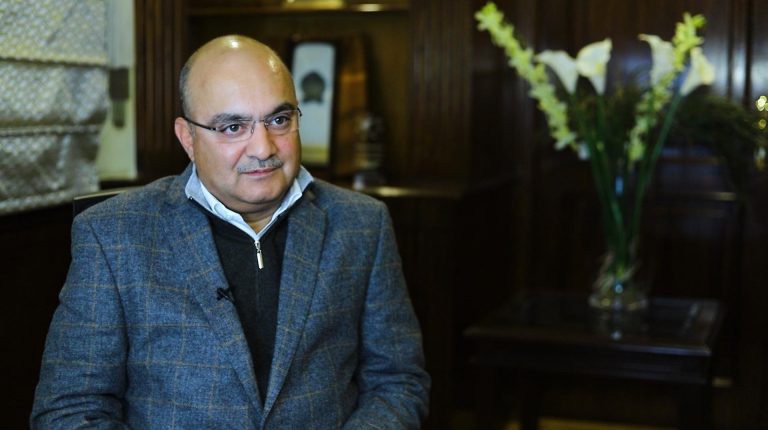 “As the economy continues to improve, and that the Egyptian pound continues to be stable, I expect the group sales in Egypt to grow by 15 to 20% in comparison to 2019, ” he said in an interview with Daily News Egypt.

He added that Egypt is the group’s main market and contributes to about 90% of total automotive group sales.

During the interview, Arora talked about the group’s expansion plans and the sales of each brand in the group portfolio in 2019. The interview also touched the topics that currently grabs the attention of Egypt’s automotive sector.

We had quite a good year. Our sales for the Chevrolet brand, both passenger and commercial, grew by 6% versus the previous year. Our sales of Opel grew by 42% versus 2018, selling more than 8,300 vehicles.

What’s the company’s expansion plan in 2020?

We intend to expand our network substantially, opening more outlets, both for sales and service for our customers for all the brands, we have a five-year plan, which we formulated in 2017. And as part of our five-year plan, we committed to investing close to EGP800m in expansion of our facilities to provide better service to the customers.

As of now, no, there is no plan. We are very happy with what we have. And we will be focused on the four brands that we handle today, which is Chevrolet, Opel, MG, and Peugeot.

What are your plans in terms of introducing a new mark for every brand?

We have a few exciting plans for 2020. You will see some new launches; a new SUV from Chevrolet, you will also see a new SUV from Peugeot, and a small car from Opel. And we of course just recently launched the new MG 5 from MG. This year, including the MG five that we just launched at the end of December, you will see about three new products for our Egyptian customers.

Does the company intend to introduce new systems for after-sales services such as “Advance Plus”?

Yes, we have been constantly innovating to provide new benefits and initiatives to our customers, especially on the service side in the last four to five years. We have offered extended warranty to our customers, we have a loyalty programme for our customers where every time they spend some money in our service centre, they can earn points and use them for the next service or purchase other products from the company.

And the cost of maintaining any of the products that we sell over a three-year period is very, very competitive, versus any of our competitors and we believe the advance plus is a big benefit to our consumers.

After applying for the full customs exemption on a segment of European and Turkish cars, the prices of a large category of cars have been close to or about to reach the MG prices, do you expect consumers to be more attracted to European cars?

MG is a brand with very rich heritage, which was established in 1924. It is a British brand, which has all the cues of excellent engineering, design, and performance.

Though, the European cars today are certainly benefiting from lower duties, however MG products, because of their very high manufacturing capability and cost efficiency, are very attractive and even with the price reduction of European products, MG products are still very competitive and offer customers an outstanding value proposition.

We heard news that MG cars will be assembled in the General Motors factory, besides MG intends to assemble the MG ZS model, and that its production lines come from the SAIC factory in China. Is any of this true?

No, it’s partially correct.  In June 2019, we signed an MoU, to establish a manufacturing joint venture with SAIC in Egypt between the Mansour Group and SAIC and that was to start the local assembly of MG products in Egypt. Our intent is definitely to do local assembly of MG products in Egypt. Meanwhile, the plan is still not finalised whether it will be the General Motors factory, or will be in some other factory and locally assembled. So, we are still conducting our study and hopefully, in the next two-three months, we will finalise a plan and then be in a position to give you a confirmed answer.

Could you brief us on the competitive advantage of locally assembled MG cars in comparison to imported ones?

Actually, from the product or car standpoint, you will not find any difference between an imported vehicle or a local vehicle, because both have the same quality of standards; the same quality of the material will be maintained. The benefit of locally assembled versus imported cars is in the duties seeing that importing vehicles outside of Europe is 40% while duties for assembling a car locally is about 7.5% to 8%. And of course, you have to add cost of manufacturing etc, so there will be some competitive advantage.

Al-Mansour signed a joint agreement with Chinese SAIC company to become the only distributor for the company in African markets.  Do you have plans to export locally assembled car?

Yes, it is part of our study to export locally assembled MG cars. Since we already have ties with SAIC for other sub-Saharan countries, we will be distributing MG brands in Ghana, Ivory Coast, Senegal, etc in the next two to three months.

In your opinion, what is the competitive advantage that drives other markets to import from Egypt rather than importing from the parent company?

First, obviously, if you meet the local content criteria, then you’re paying less duties because of the free trade agreements that Egypt has with some of the African & Agadir countries.

Second is that you’re going to pay a lower logistics cost exporting from Egypt into Africa versus importing it directly from the source plant if it happens to be in Asia or America.

Regarding the electric version of MGZS, when will its assembly take place?

MG ZS local assembly is not in the plan; however, we will be launching the same as an import vehicle in the time frame of August to September.

Could you brief us on more details about the MGZS electric version? And if it will be assembled in Egypt?

MGZS is an all-electric vehicle. It is one of the most advanced electric vehicles that has ever been produced outside of China. It has a range of close to 380 kilometres. And today, the MGZS electric has been launched in Europe, India, and of course China, with great success.

Last year alone, the ZS electric sold more than 10,000 vehicles in the United Kingdom, and close to 12,000 vehicles in Europe, and it was nominated for many awards, as well as being one of the most cost-effective and efficient electric vehicles.

Regarding the second question, it will be an imported vehicle, and will not be assembled locally.

Why did your company reduce Opel and Chevrolet prices last period?

As we have seen the Egyptian pound again appreciate at the beginning of this year, we have again reduced the prices to give the benefit to our customers.

I want to mention that it is always our philosophy, to be fair to the customers and give them that due benefit so that they can enjoy driving in Opel vehicles, or any other brand that we have within our group.

Why did Al-Mansur decide not to disclose information about the German mark Opel to AMIC reports?

Actually, there is a lot of confusion in AMIC. Many European brands are not reporting, but they were getting all our sales data which is not fair. So, we have discussed with AMIC that all brands that are registered with AMIC should report. So AMIC has committed that yes, from this year, everybody will report. So, you will start to see Opel sales being reported to AMIC from January onwards.

How can you evaluate the performance of the minivan Chevrolet N300 in the Egyptian market? Is the car imported or it is locally assembled?

The N300, or as we call it The Joker, is doing extremely well. Last year, our sales grew by close to about 30% versus 2018. And we continue to increase our production for the N300.

And we hope 2020 will be a very good year for the N300 because we’re also looking at new low-cost variants for MiniVan 300, that the customers will get to see in the coming month and at the same time, we’re also working on a CNG variant.

Regarding the second question, the N300 is locally assembled in 6th of October plant.

Could you reveal the local component percentage? In addition to the annual production capacity?

Local component represents over 50% for the N300, while the annual capacity production is close to about 5000 plus units for the N300 and we hope we can increase that in 2020.

Could you tell us the N300’s market share in Egypt and its competitors?

The  Chevrolet N300 competes with the likes of the Suzuki minivan and other Chinese products. And it holds the number two position in the market after Suzuki with about 33% market share.

Is the company thinking of entering into a project to replace tuk-tuks with minivans?

How can you evaluate Egypt’s vehicles market?

Egypt is a very promising automotive market because when you look at the country’s population, you’re talking about more than a hundred million people and the penetration of new vehicles per 1,000 is very low. So, Egypt holds a lot of promise in terms of automotive demand.

Besides, Egypt is also a very rich country in terms of human capital, in terms of business, and more importantly, in terms of its location as a gateway to Africa.

What’s your opinion on local cars assembly in Egypt?

Egypt location is very strategic and it’s a gateway to Africa. So, from a local production standpoint, Egypt holds a lot of promise.