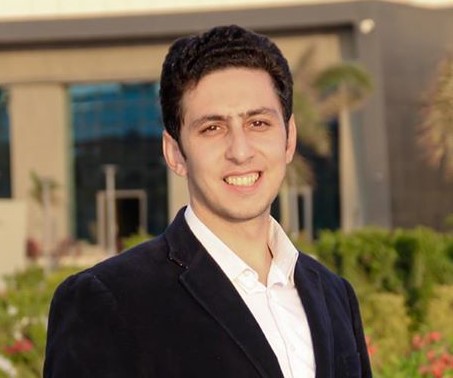 Reactions varied about the stimulus package that the government seeks to implement with the aim of promoting the electric car industry in Egypt, especially with its widespread in various countries of the world.

Ayman Mohamed, founder of Electrified Company, a company that spreads awareness and creates a culture of electric cars in Egypt, said that cash subsidisation should be provided to the consumer along the lines of previous experiences in order to promote the spread of clean cars in Egypt. The subsidisation should not be less than EGP 50,000, provided that the car would have a driving range of no less than 400 km per a single charge for the first 100,000 locally manufactured electric cars. They would be included in the taxi replacement project, in which the government plans to convert 3% of the fleet, annually, which is equivalent to 11,000 cars a year.

Mohamed called for delivering the subsidy to those who deserve it, provided that the subsidisation is limited to non-luxury cars.

As for taxis and public transportations, electric cars will be the ideal choice for them, as they travel long distances daily. In addition, this would save operating and maintenance expense that affect the price of the tariff.

He said that generalising electric cars in different transportation services will benefit everyone due to the low price of the passenger tariff along with saving energy. These cars contribute to reducing pollution and operating expenses.

Mohamed said that the government is seeking the spread of long-term electric cars that are characterised by very high levels of sustainability, which makes them last and operate efficiently for several years.

He added that the technologies of electric cars are constantly evolving daily, and there are Chinese companies that currently produce electric cars with a range of 400 km per charge, at prices suitable for the Egyptian market compared to other well-known brands, including the American company Tesla.

The government should cooperate with private sector companies on the proposal of the Ministry of Business Sector to establish 1,000 fast charging stations in partnership with the Ministry of Electricity, he said. These companies have already conducted market studies for most parts of the country, which saves the government time, effort and investments to study various infrastructures.

He pointed out that the government should determine the shipping standards that will be followed, whether European standards, NEDC or American EPA standards. In addition, it is necessary to conduct quality tests on all types of chargers before using them to ensure that they work efficiently in different Egyptian weather conditions, in order to preserve the safety of users.

He said that it is necessary to think about paving the road for electric cars through facilitated measures before thinking about material incentives, as measures are the main obstacles to the spread of electric cars in Egypt. Additionally, it is necessary to study financial exemptions in licencing steps to encourage the public to own electric cars, as well as correcting the situation of customs assessments where used cars are valued at the price of new cars. The government would also benefit from 1000 charging stations by providing users with free charging for a designated time period.

He said that the government’s plan to establish 1,000 fast charging stations in Egypt will take some time due to the EGP 800,000 price tag per station. He also pointed out that this number of charging stations exceeds demand since there aren’t many electric cars on the streets yet.

He added that there are many incentives that the state must provide, such as starting the process of manufacturing passenger cars, including the importance of their own feeder industries obtaining customs exemption, and having taxes completely eliminated. This would make it easier for the state to start manufacturing.

Mohammed explained that there are four main obstacles that is preventing the spread of electric cars in Egypt: the 30 day waiting period for the licence, the lack of incentive from the government to import at reasonable prices, the absence of a clear tariff for companies, and the resell of tariffs to customers via charging stations. He said that there are losses that companies incur due to the absence of a clear tariff for selling electricity.

For his part, Mohamed Al Ghazali, Director of Marketing and Head of the Electric Vehicles Sector at BMW, called on the state to move to adopt investment incentives to encourage and attract direct investments in chargers and charging points.

He also pointed out that there are serious investment steps taken by some companies that were clear in the establishment of some electric car charging stations. He called for legalising their conditions and determining the tariff that they will apply when dealing with consumers.

He said that some of the main obstacles hindering the spread of electric cars also include the difficulty of their licencing, which makes banks refrain from funding the purchase of electric cars. Additionally, the licences of electric cars are renewed monthly, which is why banks working in the sector refuse to finance electric car purchases. This situation is expected to improve in the case of turning the licences from monthly to yearly.