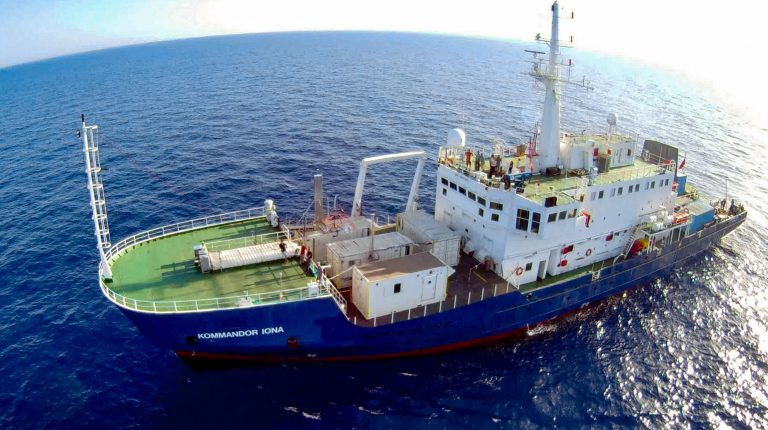 The intense fossil fuel exploitation in the Middle East is responsible for the release of large amounts of gaseous pollutants into the atmosphere, particularly since the region accommodates more than half of the world’s known oil and gas reserves.

In 2017, during a large scientific expedition around the Arabian Peninsula, organised by the Max Planck Institute for Chemistry, the researchers noticed a strange anomaly.

According to a paper published recently in scientific journal Nature, the levels of ethane and propane in the air above the northern end of the Red Sea were massive: up to 40 times higher than predicted by existing atmospheric models.

Results of the model showed that biomass burning, fuel production and transmission, and industrial emissions were supposed to describe the regional hydrocarbon abundance. However, neither of these sources was able to explain these observations.

“During a ship expedition around the Arabian Peninsula, we observed unexplainably high levels of ethane and propane in the air above the northern Red Sea. The levels of ethane and propane were respectively up to 20 and 40 times higher than predicted by existing atmospheric models,” said Efstratios Bourtsoukidis, an environmental physicist at Max Planck Institute for Chemistry, and first author of the study.

He told Daily News Egypt that in order to investigate this discrepancy, he and his team analysed in detail each of the possible sources. As there was no previous data from this region, the team had to run numerous calculations and in-depth investigations in order to find the source.

At the end, the researchers came to an unexpected conclusion: the high concentrations of the atmospheric ethane and propane originate from the bottom of the northern Red Sea. This overlooked underwater source is comparable with total anthropogenic emissions from Middle Eastern countries, and significantly impact the regional atmospheric chemistry.

In regard to the methods used in the study, Bourtsoukidis explained that the measurements were taken during the Air Quality and Climate Change in the Arabian Basin (AQABA) ship campaign that took place in the waters around the Arabian Peninsula.

According to the author, the AQABA project is the first-ever in-situ comprehensive characterisation of gaseous and aerosol processes in the Middle East that took place between June and August 2017 and was led by the Max Planck Institute for Chemistry in Mainz. The ship traversed the Mediterranean Sea, the Suez Canal, the Red Sea, the northern Indian Ocean, and the Arabian Gulf, before returning via the same route, covering around 20,000 km at sea and yielding a rich dataset of a plethora of atmospheric gases.

For the study, the team used a Gas Chromatography – Flame Ionisation Detector (GC-FID). This technique was first established in the late 1950s, but this is the first time that it was operated on board a ship vessel.

“The results are important because they add a significant source in our global emission inventories. The better we characterise the global emission sources, the better we can understand their atmospheric implications,” said Bourtsoukidis. In comparison with other Middle East countries, Egypt is in the middle. However, combining ethane and propane, Egypt is releasing around 0.1 teragrams of these gases per year, he added.

Bourtsoukidis noted: “These light hydrocarbons should not impact the coral reefs in the region. However, further investigations by marine biochemists will shed light on potential implications.”

“The emission strength was extremely surprising. It is interesting to “smell” in the air what is happening at the bottom of the sea. But the most exciting part was that we had to combine different scientific disciplines to reach a conclusion. Information from geological and oceanographic studies had to be accounted for being able to explain the atmospheric concentrations,” the author explained.