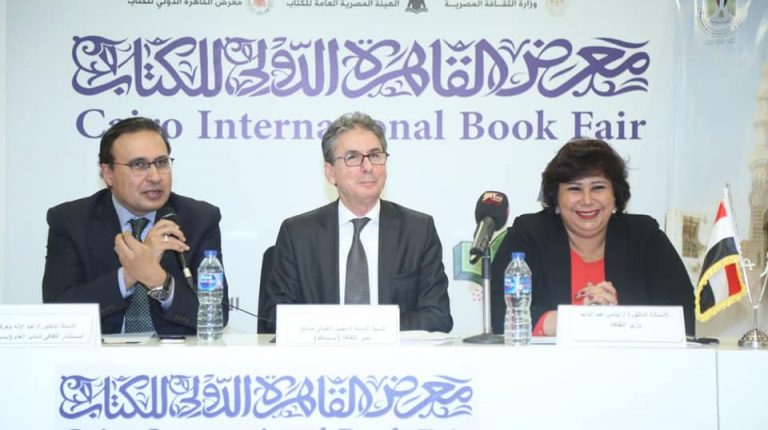 Choosing Cairo as the Capital of Islamic Culture in 2020 reflects Egypt’s position in the heart of the Islamic world as a crossroad of cultures in different ages, Minister of Culture Inas Abdel-Dayem said on Monday night.

In December, the Islamic Educational, Scientific, and Cultural Organisation (ISESCO) chose Cairo as the Islamic Capital of Culture in the Arab world, alongside Uzbek capital, Bukhara, in the Asian region, and Bamako, Mali, as the capital of the Africa region in 2020.

During a press conference on the sidelines of the Cairo International Book Fair (CIBF), Abdel-Dayem explained that the programme aims to consolidate the bonds between the Islamic world’s citizens to establish a creative dialogue between them.

She asserted that the programme is calling for tolerance and coexistence and presents a true image of the ancient Islamic civilization, highlighting the contents of the Islamic world’s rich heritage.

Cairo is more than a political capital for Egypt, it is a cultural, intellectual, and civil centre. She noted that the ministry has prepared a diversified programme to celebrate this occasion where all sectors will coordinate with other ministries to showcase Egyptian Islamic culture.

ISESCO’s Director of Culture Naguib Al-Ghayati said that choosing Cairo as the capital of Islamic culture for the Arab region is an important event, as the ancient Islamic city is a symbol of a cultural city which supports joint coexistence.

He added that Cairo will represent the ISESCO’s new vision for promoting the image of the Islamic world and its civilization. Cairo will be a strong start in doing away with Islam’s negative image, and overcoming cultural difference.