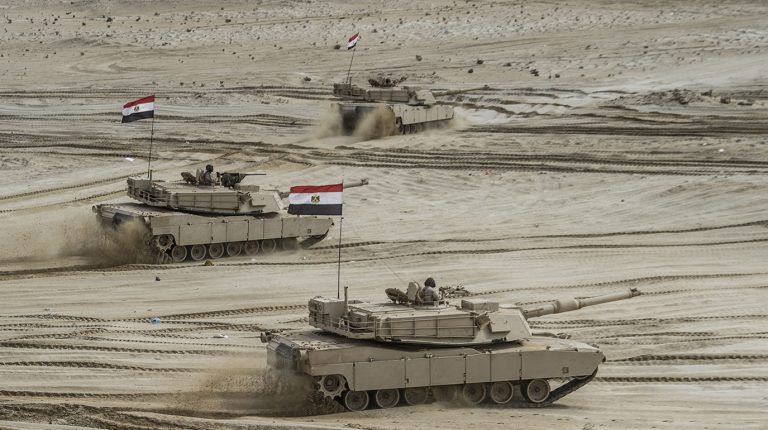 Egypt has moved up three ranks to become the 9th strongest military globally, out of 138 countries in 2020, reported Global Firepower Military Strength Ranking.

In 2020’s ranking, the United States maintained its position as top military power, followed by Russia, and China in the second and third places consecutively.

The Global Firepower ranking utilises over 50 individual factors to determine a given nation’s Power Index score with categories ranging from military might and financials to logistical capability and geography.

India came in fourth place globally and second in Asia, followed by Japan, and South Korea. In regard to European powers, France came in seventh place, and as the top European military, followed by the United Kingdom in eighth place.

The 10th place was secured by the Brazilian military, which dominated the South American continent in terms of military powers.

For 2020, Egypt dominated the Middle East in terms of military strength, followed by Turkey which retreated 4 positions compared to 2019 and became the 13th power globally. Iran ranked 14th and Saudi Arabia 17th and Israel came in 18th.

In Africa, the second strongest military after Egypt was Algeria, which secured 28th place, followed by South Africa in 31st, Nigeria in the 44th , Morocco in 56th, Angola 57th, and Ethiopia in 59th place. 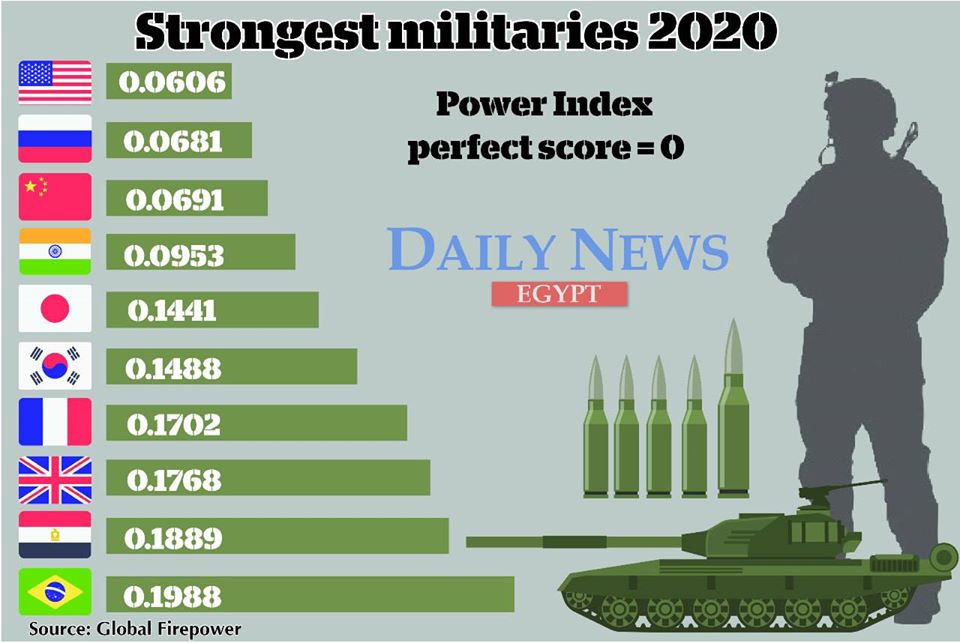