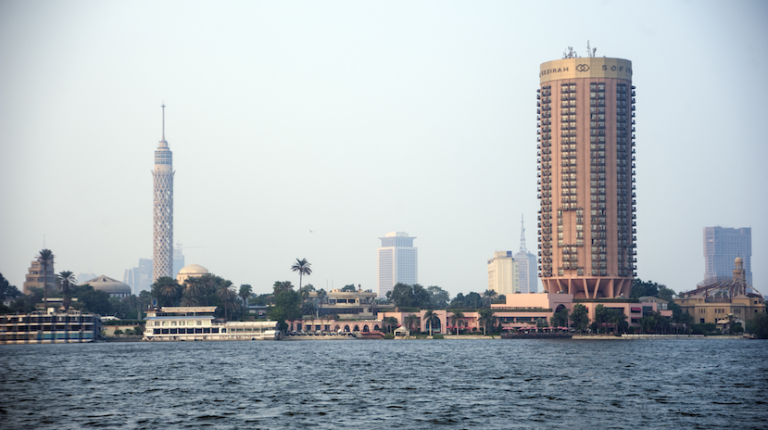 Several positive macro-economic developments gave the Egyptian economy a boost in 2019 and into 2020. The focus on reforms will continue on a sectorial level, according to a report recently issued by Oxford Business Group (OBG).

The report indicated that Egypt will continue moving ahead with plans to transform its renewable energy capacity, spearheaded by the development of a major solar power station in November 2019.

OBG believes that greater emphasis on industries that are not reliant on imported materials should accelerate growth in various manufacturing segments.

Furthermore, the Egyptian pound strengthened against the US dollar over the course of 2019, reaching EGP 16.40 by mid-September 2019, before dipping below EGP 16 in December.

Meanwhile, the figure for annual headline inflation was 7.1%, within the Central Bank of Egypt’s target range of 9% (±3%).

The report explained that growth sectors are tourism, wholesale and retail, real estate and construction, and gas extractives. Levels of foreign direct investment (FDI) increased, but there are concerns that this was mainly focused on hydrocarbons.

Moreover, significant oil and gas discoveries in the Eastern Mediterranean in March and July 2019 are set to reduce the import burden of the chemical and plastics industries through the development of downstream segments. However, some observers have warned that the discoveries could also exacerbate the predominance of hydrocarbons in the economy.

Building on the reforms

The report indicated that the positive macroeconomic results come on the back of an extensive series of economic reforms.

Between 2015-2017, the Egyptian government, in collaboration with the World Bank, put into place a series of far-reaching reforms aimed at boosting the economy, creating jobs and achieving sustainable growth, especially in the energy sector.

In 2016, Egypt started a three-year programme backed by $12bn loan from the IMF. In August 2019, it received the sixth and final tranche of the loan.

The extended facility supported wide-ranging reforms and addressed inconsistent policies that had resulted in fiscal imbalances, as well as high inflation and public debt. Another target was dwindling foreign exchange reserves, a result of the fixed exchange rate between the Egyptian pound and the US dollar.

A key goal of the package was to make the economy more dynamic, inclusive and – above all – driven by the private sector. With this in mind, Egypt cut fuel subsidies, floated the currency, and increased interest rates to limit associated inflation. Civil servants’ salaries were also targeted.

The benefits of the flotation began to be felt in 2019, with company profits reaching pre-floatation levels at the end of November.

According to OBG, one challenge that remains is the pressure that these reforms put on consumer spending as nominal wage growth fell below inflation between 2016 and 2018. Nevertheless, a high rate of population growth has meant that despite smaller basket sizes, most retailers have continued to see moderate growth.

Also, the report indicated that various legal changes also had notable effects. Changes to the Income Tax Law boosted government revenues, while the investment environment was strengthened by amendments to the Investment Law and the implementation of the Competition Law.

In addition, the industrial licensing regime has been streamlined, reducing the time it takes to obtain a license in low-risk industries by 80%.

OBG believes that Egypt will continue moving ahead with plans to transform its renewable energy capacity, spearheaded by the development of a major solar power station in November 2019.

Located in Aswan governorate in Upper Egypt, the 1.4GW Benban Solar Park has attracted some $2bn in investment, with around 30 companies already establishing energy projects and commercial operations at the site. Meeting domestic power needs through renewable resources will free up oil and gas supplies to be used either for export or in other value-added industries.

Alongside this, the report said that greater emphasis on industries that are not as reliant on imported materials should accelerate growth in various manufacturing segments, among them ready-made garments and food and beverage manufacturing. Tourism is also set for further expansion.

However, while the macroeconomic environment has improved markedly, more work needs to be done on social conditions. In July, the Central Agency for Public Mobilization and Statistics released a report estimating 32.5% of Egyptians live below the poverty line. Looking to the future, it will be necessary to balance the needs of the substantial percentage of the population that lives below the poverty line with economic reforms.

Egyptian pound appreciates to its highest since flotation