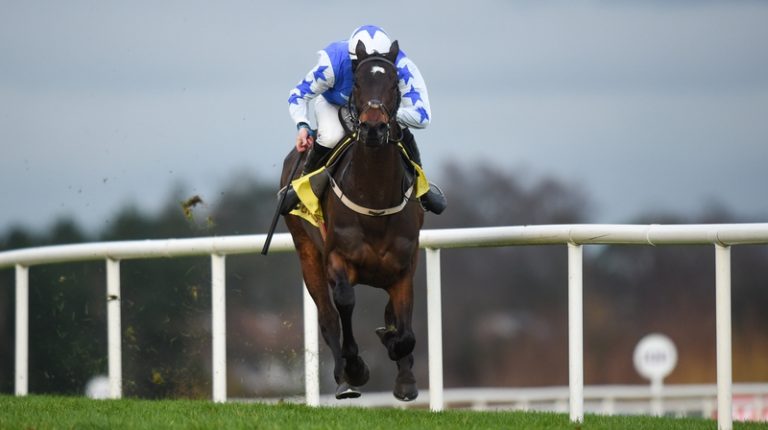 Not long ago, Jack Kennedy was able to partner with Delta Work achieving a win in the Irish Gold Cup, his campaign has now been dealt with a huge blow as he succumbs to a broken leg injury right after unseating on Dallas Des Pictons, via Racing Post.

The Jockey acquired this injury in just half an hour after himself and his boss Gordon Elliott were able to claim their first Irish Gold Cup on Delta Work following an amazing finish from Presenting Percy and Kemboy.

Kennedy was first attended to by the Racecourse medicals as the fence was said not to have been jumped on the final circuit.

After that, he was then handed over to the St Vincent’s Hospital for an X-ray and given a proper assessment on his right leg, which the news was later revealed by senior medical officer Jennifer Pugh, who claims that the Jockey had suffered a fracture on his right femur, with a surgery date confirmed.

Kennedy had previously been on the sidelines for over a month following a collarbone injury he picked up at Punchestown back in October, this blow will be major as the jockey tends to return just in time for the big festival in Spring, and the Cheltenham Horse Racing Festival is only several weeks away.

The Jockey is quite well known as he is not just any player as he was a runner-up on Easy work for the Grade 1 Chanelle Pharma Novice Hurdle and also coming third on Column Of Fire in the William Fry Handicap Hurdle last Sunday at Leopardstown.

In other news, for the sake of Paint The Dream, Jockey Fergal O’Brien is reported to be looking at competing in the Close Brothers Novices’ Handicap Chase at Cheltenham.

Here is what O’Brien has to say about the seven-year-old gelding: “We had one tilt at windmills (in the Dipper) and we were second. That was great and he will get into the Close Brothers now he’s qualified. That would be our plan.

“He might go to Exeter for a novice chase over two-mile-three. We might go there and see how we get on.”

An Egyptian’s perspective on US presidential election system