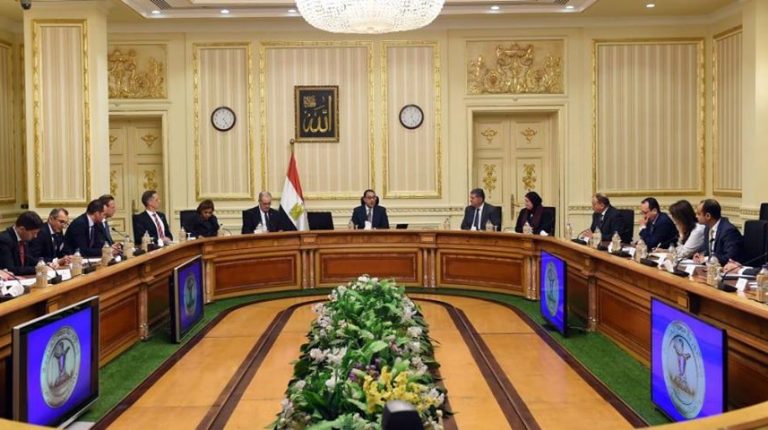 Egypt’s Prime Minister has called on Swiss companies to boost investments in the country’s textile and infrastructure sectors during a meeting with Swiss Federal Councillor Guy Parmelin, head of Switzerland’s Federal Department of Economic Affairs, Education and Research, in addition to a  number of Swiss companies and Members of Parliament.

Minister of Trade and Industry Nevine Gamea, Minister of Public Enterprise Sector Hesham Tawfik, in addition to Swiss ambassador to Egypt Paul Garnier attended the meeting to discuss strengthening cooperation in the fields of energy, industry, tourism, pharmaceuticals, and banks.

The Egyptian government is implementing the second phase of its economic reform programme that focuses on structural reforms after successfully finalising its first phase in cooperation with the International Monetary Fund (IMF), Madbouly said.

Economic growth jumped to 6%, which caused unemployment and inflation rates to decrease, improving the investment climate and paving the way for more foreign direct investments (FDIs. The government is keen on simplifying procedures and eliminating obstacles facing investors.

For their part, the Swiss delegation underlined the special relations between Switzerland and Egypt, noting that Egypt is one of the more important markets for Switzerland in Africa, especially since it is a gate the Swiss goods to enter African markets.

Over the meeting, Swiss business representatives proposed a number of suggestions to enhance the Egypt’s business environment, while Madbouly promised to discuss the possibilities of applying them in the high investment committee’s next meeting.

Additionally, Tawfik said that Egypt aims to boost its connection with African countries through its “Gossor” (Bridges) initiative, adding that the first phase of this initiative was launched to connect Ain Sokhna Port in Egypt with Mombasa in Kenya, which will promote Egyptian foreign trade, including import and export operations, and spread Egyptian products in African markets.

Parmelin was on an economic mission to Cairo from 2 to 5 February, accompanied by a large delegation, composed of Members of Parliament, government officials and numerous business leaders.