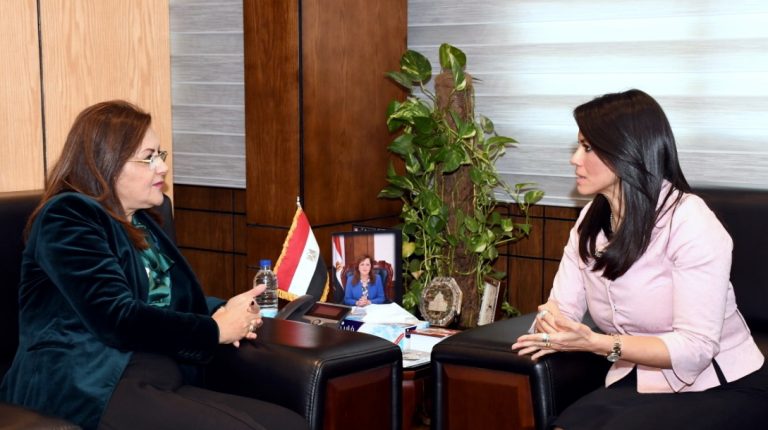 Ministry of Planning and Economic Development will finalise an updated version of Egypt Vision 2030 soon, Minister Hala El-Said said during a meeting with Minister of International Cooperation Rania Al-Mashat to discuss cooperation mechanisms between both ministries, according to a ministerial statement on Tuesday.

El-Said added that her ministry was keen on following up the implementation of the sustainable development goals (SDGs) through regular reports for evaluation, noting that the cabinet directed her ministry to prioritise this file.

The updated version of Egypt Vision 2030 will focus on partnerships, El-Said explained, adding that her ministry was boosting public private partnerships (PPP) as well as partnerships with civil society organisations.

The Egyptian government launched its Egypt Vision 2030 on 14 March 2015, on the sidelines of the three-day Egypt Economic Development Conference in Sharm El-Sheikh, in the presence of many high-level international and regional partners, under the patronage of President Abdel Fattah Al-Sisi.

The government seeks to strengthen collaboration with its international development partners to create new funds for developmental projects as part of its efforts to diversify these projects’ sources of finances.

El-Said said that after successfully completing its economic reform programme, Egypt is now a place where the private sector can thrive. This is especially true since the government has begun sectoral reforms for the infrastructure investments sector as well as releasing new laws and regulations that will increase foreign direct investments to the Egyptian market.

The ministry of international cooperation is coordinating between the international policy makers, development partners, and the Egyptian private sector as well as civil society organisations to support future projects that serve SDGs, Al-Mashat said.

Al-Mashat added that her ministry aims to support projects in impoverished areas and boosting the role of women as a main engine for development. At the end of the meeting, both ministers agreed to highlight the Egyptian government’s achievements among the international financial institutions.