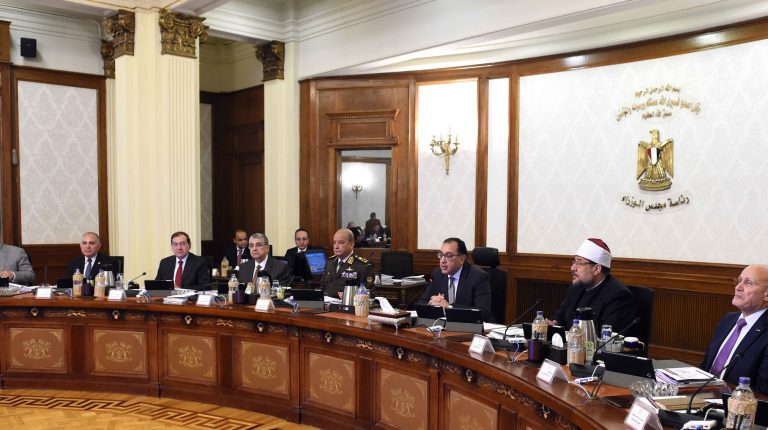 Prime Minister Mostafa Madbouly has greeted ministers of Health, Civil Aviation, Defence, Interior, and the concerned parties for the Egyptian citizens’ successful homecoming from areas that have been affected by the Coronavirus in China.

This came during a cabinet meeting Wednesday for discussing a number of topics and issues of Egypt’s highest priority.

Among a list of topics, the meeting touched the state’s efforts in preventing the Coronavirus and securing the return of Egyptians from China.

He further praised the high-level security measures and arrangements that were taken during the return process from China, thanking all the crew members for their efforts.

Madbouly hailed the measures taken by the Health Ministry to provide treatment and preventive care, and the medical teams and equipment that he described as showing “a high level of competence.”

The Coronavirus was first detected in the Chinese city of Wuhan in December. Coronaviruses are a large family of viruses with some causing less-severe disease, such as the common cold, and others causing more severe disease such as MERS and SARS.

Furthermore, the cabinet allowed the Ministry of Health to contract with a foreign pharmaceutical company to purchase the drug “Cerezyme” for the treatment of children affected with Gaucher Disease. The contract is valued at EGP 209 m, in order to improve the quality of medical services provided to citizens, and to improve the health system.

Gaucher Disease is a rare genetic disorder characterised by the removal of glucocerebroside -a lipid composed of a ceramide and glucose that accumulates in the tissues of patients- in cells.

The cabinet also approved a draft decision of President Abdel Fatah Al-Sisi regarding the agreement between Egypt and the European Investment Bank in order to expand and develop the western sewage treatment plant in Alexandria.

According to the agreement, the bank will provide Egypt with €120m in order to increase the capacity of the sewage treatment plant, as well as improve the level of wastewater treatment, with an aim to improve the quality of liquid waste from the station. the treatment plant will contributed to the purification and removal of pollutants from Lake Mariout and the Mediterranean Sea.

Additionally, during the weekly meeting, the government agreed to sign a memorandum of understanding between representatives of the ministries of housing, electricity, and the ACWA Power company to conduct the required studies for water desalination projects using renewable energy, as part of the state’s plan to engage the private sector in water desalination projects.