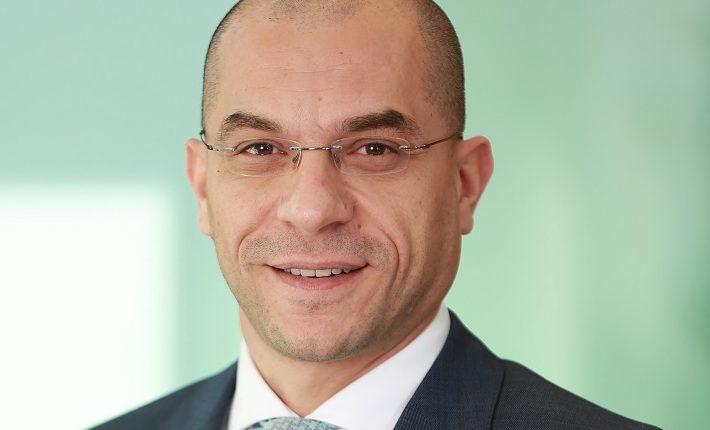 Egypt has successfully implemented a package of structural reforms, the question that arises now is what is the next step for the country?

According to Head of Deutsche Bank’s representative office in Cairo Ahmed Shehab, a higher economic growth rate, improved credit conditions, privatisation of public companies and listings in the local exchange will help Egypt to move towards a more private-sector-lead economic model.

Daily News Egypt interviewed Shehab to find out about Deutsche Bank’s role in Egypt, how the country can attract more investments, and the bank’s view on the Egyptian economy.

Can we talk about your office’s role in Egypt?

Established in 1959 to facilitate trade not only between Germany and Egypt but between Germany and the entire African continent, Deutsche Bank’s office in Cairo provides our local partners, be it a sovereign or a government entity, or a local company, access to Deutsche Bank’s global network of products and services. We are the main trade partner for most Egyptian banks and active in Debt Capital Markets (DCM), Structured Trade and Export Finance (STEF), Trade Finance, Cash Management, and Global Markets to name a few.

Do you play a role in attracting foreign investors to the Egyptian Debt market?

Deutsche Bank has a well-established track record attracting foreign investments into Egypt, having led several inaugural transactions. In 2018 for example, Deutsche Bank helped the government of Egypt arrange its first euro dominated bond ever, raising €2bn in the international debt capital markets – a transaction which was oversubscribed by almost four times.

Another transaction is Deutsche Bank’s participation in the financing of three power plants for €3.5bn for the Egyptian Electricity Holding Company (EEHC). Supported by German export credit agency Euler Hermes, these deals represent part of the single largest order ever for our partner, Siemens, the largest-ever export finance transaction by the Structured Trade & Export Finance business, and the largest-ever export financing in the Egyptian market.

How do you see the Egyptian Banking Sector?

We expect to see further improvements in the performance of the banking sector on the back of macroeconomic improvements. Nonperforming Loan (NPL) ratios are quite low and we expect the easing cycle and recent regulatory reforms introduced by the CBE to lead to further credit allocation to the private business sector, which will be crucial for Egypt’s sustainable development.

To what extent can you recommend the Egyptian market as an investment destination? Why?

A higher economic growth rate, improved credit conditions, privatisation of public companies and listings in the local exchange will help Egypt to move towards a more private-sector-lead economic model. Given the global slowdown and low yields in developed markets, a booming and more open Egypt could provide an attractive investment opportunity to foreign asset managers especially in developed markets that are in the hunt for higher returns. More importantly, the local debt market expected to become “Euroclearable” in early 2020, the easing monetary policy cycle, higher attractive duration exposure, and the declining fiscal deficit should all lead to a deeper local debt market.

How do you see the impact of local reforms on the Egyptian economy?

The reforms have been successful in significantly reducing Egypt’s macroeconomic imbalances. As a result, economic growth has been accelerating (Deutsche Bank’s expectation for fiscal year 2019/2020 is 5.9%), the fiscal deficit is on a downward trajectory and external imbalances having significantly declined on the back of structural improvements in the current account dynamics as well as higher foreign direct investment (FDI) and portfolio inflows. In tandem, Egypt is going through a financial deepening cycle. The strong investor appetite for local debt instruments after the liberalisation of the exchange rate (and the tight monetary policy that ensued immediately after) has been followed up by institutional reforms (or plans for reforms), such as the recent agreement with Euroclear which will deepen Egypt’s financial market and increase the diversity of its investor base.

We think that the attractiveness of Egypt’s energy sector will continue to bring foreign direct investment. More importantly and going forward, the reduction in the country’s fiscal and external vulnerabilities, institutional reforms, improved investor confidence, improved credit conditions and the easing of monetary conditions are conducive to the pickup of the non-oil private sector’s economic activity. This will be crucial for job creation and reducing the unemployment rate and improving productivity.

Which sectors do you see offering attractive value for the investors?

Given the current reforms, the Egyptian economy has promising investment opportunities in several sectors as investments for commercial and infrastructure projects are required, including in the energy sector, manufacturing, transportation, commodities, health, and education. We should not forget the tourism sector as well as Egypt has unique capabilities in addition to archaeological resources which, if utilised efficiently, will help increase the country’s resources of foreign currency and create job opportunities for the local population.

How do you see the Egyptian economy after finalising the EFF-reform programme with the IMF?

The Egyptian economy has been through several major reforms over the last seven to eight years to stimulate economic growth and attract foreign investment. Most economic indicators have improved significantly, including GDP, foreign expat remittances, FDIs, Central bank reserves, and country ratings, all of which are promising for future growth and opportunities in the country.

Are there any other recommendations to attract more FDI flows?

After the implementation of the reforms, the next step is now to promote and market the success story of the Egyptian reforms with a unified message for all Egyptian ministries and government agencies focusing on the strength of Egypt’s local economy and its ability to grow and expand to attract more foreign capital. It is also equally important to launch initiatives promoting local assets supporting the government’s IPO programme. Given the current global reduction of interest rates, global investors will gradually begin to move towards direct investments in attractive yield opportunities and move away from debt instruments, as such, the opportunities in the Egyptian economy needs to bring the global investors’ attention to attract their investments accordingly.