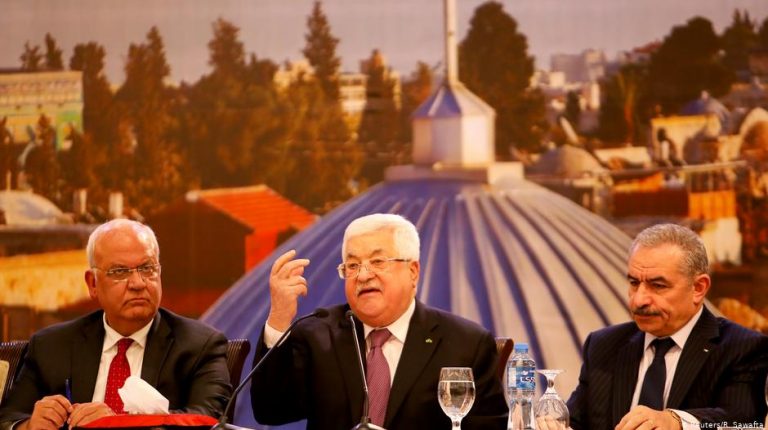 A Palestinian protester was killed by the Israeli security forces last Friday in the occupied West Bank during mass demonstrations against the United States’ plan for peace in the Middle East.

According to Palestinian health authorities, four people were killed since the outbreak of demonstrations following the announcement of the Washington-prepared Israeli-backed peace plan. One of the victims was a Palestinian police officer that the Palestinian authorities said he was killed by Israel last Thursday.

The protestors described the US plan which was presented by US President Donald Trump a week ago, as biased against the Palestinians giving their land to Israel.

Israel said that dozens of “Palestinian rioters” had thrown stones at Israeli forces and attacked them with Molotov cocktails as well, so the Israeli soldiers “had to defend themselves by opening fire to remove the threat.”

Trump’s plan was rejected by the Palestinians, the Arab League, and various Arab and Muslim countries. During his speech last week, Palestinian President Mahmoud Abbas said he had informed Israel and the United States about his decision of cutting relations with them, including security relations, as a response to the US peace plan.

Abbas added that he has had no communication with Trump since his declaration of Jerusalem as the capital of Israel in 2017.

The Palestinian president stressed that he rejected Trump’s plan or to answer his calls, saying he would never accept this plan nor does he want to be mentioned as the one who sold Jerusalem.

Jared Kushner, the senior adviser of Trump who spent nearly three years working on the plan, criticised Abbas’s stance towards the plan, blaming the Palestinian president for violence.

Leaders who are ready for a state “don’t call for days of rage and encourage their people to pursue violence if they’re not getting what they want,”