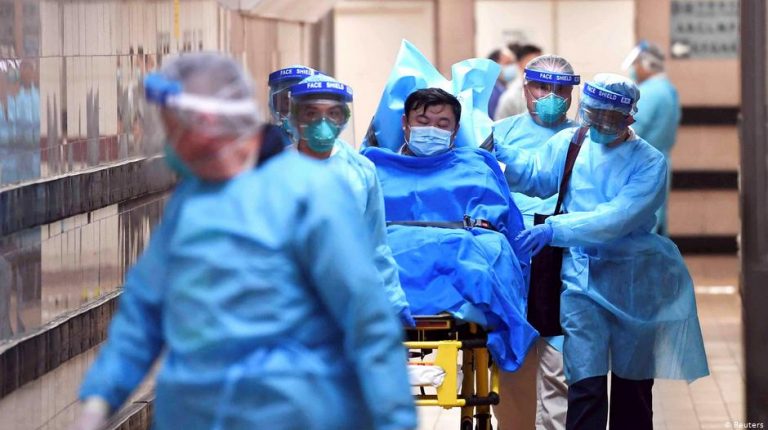 Coronavirus’ death tool upped on Saturday, while 34,887 infections were reported all around the world, amid warnings of a mask shortage.

There have been only two deaths reported outside China, one in Hong Kong and the other in the Philippines, from about 332 cases globally, indicating a lower mortality rate than SARS. However, the transmission of SARS, another coronavirus, was far lower than the current Coronavirus.

Meanwhile, the death of a doctor who warned early of a new Coronavirus created on Friday a wide state of anger in China, as Dr. Li Wenliang efforts to alert his colleagues were quashed by authorities.

Prompted by a broader context of growing criticism of Beijing for its handling of the crisis, China’s National Supervisory Commission said it would send a team to Wuhan to “thoroughly investigate issues related to dr. Li ,” without specifying what exactly would be investigated, according to the official Xinhua news agency.

China was initially praised for being quicker to seek international help than it did during the SARS outbreak, the announcements of dr. Li from his hospital bed last month on social media site Weibo cleared that in the initial phase of the epidemic, authorities may have been less than transparent.

After Li’s death, there were signs that the discussion about his death was being censored on Weibo, as the topics of “the Wuhan government owes doctor Li Wenliang an apology” and “we want free speech” disappeared from search engines.

Doctor Li, a 34 -years- old ophthalmologist, posted on Weibo that he warned his colleagues on 30 December about the outbreak and advised they wear protective clothing to avoid infection. However, he thought that the seven cases he examined were infected with SARS, not knowing that it was actually a new Coronavirus.

He was summoned to the police station four days later to sign a letter accusing him of “making false comments” and disturbing the social order. The authorities warned him that he would be brought to justice in case of continuing this “illegal activity.”

In his Weibo post he said that on 11 January he had a fever and two days later was in hospital. He died in less than month and his parents also fell ill before they were taken to the hospital.

Moreover, the World Health Organisation (WHO) chief warned of worldwide shortages of gowns, masks, and other protective equipment.

“When supplies are short and demand is high, then there could be bad practices like hoarding in order to sell them at higher prices, and that’s why we ask for solidarity,” Tedros Adhanom, director-general of the WHO, told a Geneva briefing.

Fearing for the virus outbreak two cruise ships were put on a quarantine, banned from entering Japan and Hong Kong.

After an 80-year-old Hong Kong man who had been on the ship last month fell ill with the virus, a cruise liner off the coast of Japan was put on quarantine.

Japan’s health ministry reported on Saturday that about 61 cases of Corona infection were confirmed on a quarantined Japanese cruise ship. Boarding 3,700 people, the Diamond Princess, is quarantined in Yokohama for at least two weeks.

A separate cruise ship, the World Dream, has been quarantined in Hong Kong after eight former passengers caught the virus, which led to the ship cancelling its trip to Taiwan and returning to Hong Kong. It has around 3,600 people on board, but none have tested positive so far.

The entire crew that worked in the cabins of infected passengers have been isolated, with no new cases of the virus reported.

On the other hand, two new cases of Coronavirus infection were confirmed in the United Arab Emirates (UAE), bringing the total number of patients in the country to seven, the UAE Ministry of Health said on Twitter on Saturday. The two new cases are of Chinese and Filipino nationalities.