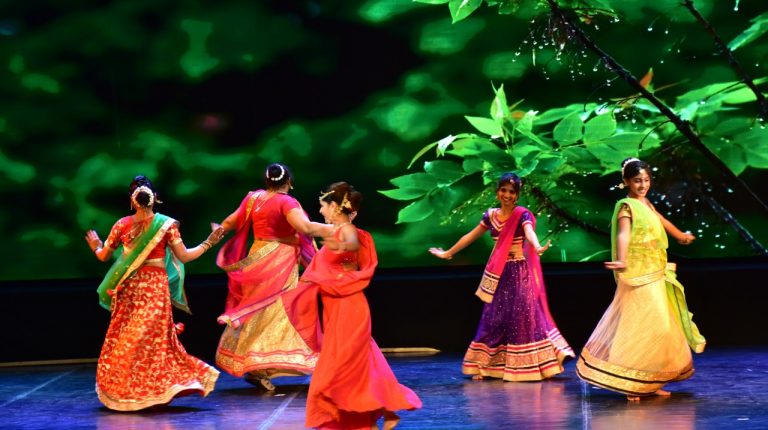 With dozens of passionate eyes closely following their swaying moves, a gala performance of Indian dances took over the stage of Downtown’s El Gomhouria Theatre, marking the World Hindi Day.

The Indian embassy in Cairo celebrated last week the day of internationally accrediting the heritage of Ghandi, veteran poets, enriching cuisine, and art that moves the soul.

The celebration was organised by the Maulana Azad Centre for Indian Culture (MACIC), with the attendance of Indian ambassador to Egypt, Rahul Kulshreshth, and several Egyptian artists and public figures.

“World Hindi Day is celebrated under the auspices of the Ministry of External Affairs, the Government of India, for the promotion of Hindi world-wide,” said the ambassador. “Hindi is the fourth most spoken language of the world, the mother tongue of around 258 million people, and the official language of India. Outside India, a considerable proportion of population use Hindi in more than 20 countries.”

World Hindi Day is an annual celebration, usually taking place in January. It comes to fruition mainly with the aim of promoting the language world-wide. It is celebrated by Indian embassies over the world. The day has been celebrated worldwide since 2006.

Egypt’s mEgypt is one of the countries that witnesses mass-attraction towards the Indian culture. This includes thousands of passionate followers for the Indian silver screen productions, films, as well as music.

Kulshreshth previously stressed several times that the cultural ties between Egypt and India are strong due to the similarities they both have.

The celebration witnessed the distribution of the MACIAC awards for a number of competitions the centre held within the context of the World Hindi Day.

The competitions were held at the fields of  Urdu and Hindi Hand Writing for both junior and senior levels, as well as Hindi and Urdu Singing for both Indians and foreigners, and  Bollywood dancing.