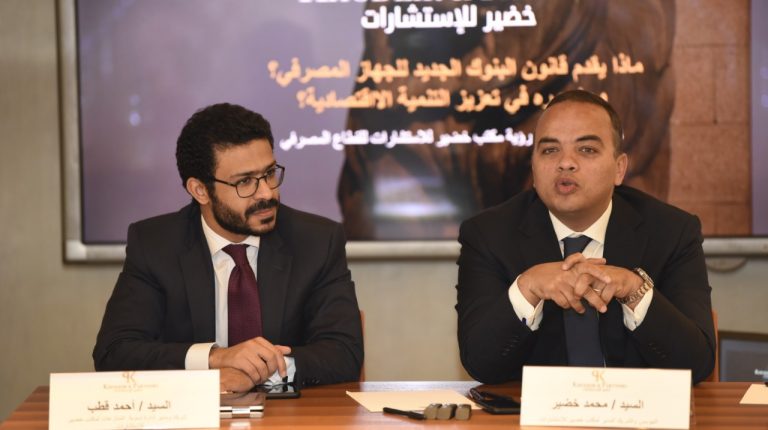 When passed, the long-awaited banking law will boost development in Egypt, revolutionising how fiscal and banking systems deal with the problems they currently face, said Co-founder and Manager Partner of Khodeir Partners for Consultations Mohamed Khodeir.

Khodeir’s comments came during a roundtable discussion held to tackle the banking draft law and its role in enhancing Egypt’s economic development.

The draft law was prepared by the Central Bank of Egypt (CBE) to maintain, according to experts, the banking sector’s safety and supervise banks more closely. The draft law was sent to parliament late 2019 for discussion after it was accepted by the parliamentary economic committee.

Khodeir said the banking system is Egypt’s economic backbone, with more than EGP 4trn in deposits and approximately EGP 2trn in granted loans. Banks also introduced about EGP 9bn over five years for 18,000 private sector enterprises that have ventured into the banking sector recently. Loans that have been granted to small projects accounted for 14% of the whole sum, which is suitable if compared to the labour force in the domestic market, estimated at 28 million workers, according to Khodeir.

“The CBE has already moved forward to cope with the challenges that the Egyptian economy witnesses on the ground. It launched a package of initiatives that aims to counter the industrial sector’s pitfalls and released the new banking law that includes key paths towards economic prosperity,” he added.

The new draft law will strengthen the governance of the CBE and maintain its independence. Moreover, it will enhance the investment sector, including investment banks, and boost supervision over the banking system to upgrade the banking sector and cope with likely risks.

Meanwhile, Ahmed Kotb, head of the disputes settlement department at Khodeir Partners, said the law would allow banks to buy real estate units with mortgages and to collect later the remaining debts on the units from their previous owners, which alleviates the burden on debtors.