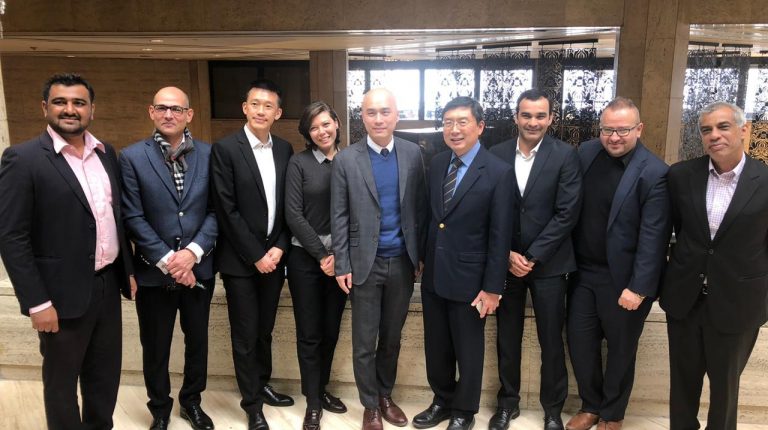 A delegation from Enterprise Singapore – a statutory board under the Ministry of Trade and Industry – visited Cairo upon an invitation from Singaporean ambassador to Egypt Dominic Goh. The delegation met with Singapore-based internet technology company BIGO Technology.

Jackson Liu, head of Middle East, North Africa, (MENA) and Europe at BIGO Technology, shared insights on the Egyptian market, best business practices, and the country’s opportunities with the visitors, according to a BIGO statement last Thursday.

Liu highlighted the strides that BIGO took in establishing their operations in Cairo, as the regional hub, employing more than 300 professionals, most of whom are in technical roles.

The Cairo operation is primarily responsible for content quality and ensuring cultural relevance for users of BIGO LIVE which is a leading mobile live streaming community to show talents and meet interesting people across the MENA region.

The Singaporean delegation visited BIGO offices in Cairo and were introduced to the company’s use of artificial intelligence (AI). They also interacted with BIGO Egypt’s legal and financial leaders to understand the business set-up process in Egypt.

“Egypt is a country that is of extreme importance to us for its business-friendly environment and access to quality skillsets, and we are constantly looking for new areas and opportunities to invest in,” says Liu.

“The Egyptian youth are qualified and motivated, and are looking for opportunities to showcase their skills and talents to the region and across the world. Having established and ramped-up quickly, we are happy to be the points of reference for other world-class businesses from Singapore that are exploring opportunities in Egypt, and we commend Ambassador Goh’s leadership in this initiative,” she elaborates.

For his part, Goh expressed his appreciation for BIGO Technology and their vision for success in Egypt, and commended the company’s leadership for their role in Egypt as a leading Singaporean technology company.

Singaporean companies sought to improve investment and trade relations with Egypt, in both the private sector and public enterprise, Goh told Daily News Egypt on 22 November 2019, explaining that Singapore’s total investments in Egypt has reached $500m, while the trade exchange was $1bn in 2018.

Moreover, BIGO Technology demonstrated its commitment to the MENA region by announcing a scholarship competition in AI for talented youth in Egypt and other Arab countries, according to a BIGO statement. The winners would gain hands-on-experience at one of BIGO’s offices in Singapore, Cairo, or Silicon Valley as part of a 90-day global tour. They would have the opportunity to network with some of the world’s leading technology professionals.

BIGO had five research and development centres in Singapore, the US, the Middle East, India, and China, as well as over 20 offices around the globe. It had three offices in the Middle East: Cairo, Dubai, and most recently Jordan, in addition to another in Turkey.

There were also 30 offices in Europe.

BIGO was established in 2014. Operating in more than 150 countries,

BIGO’s aim was to provide their customers with a world class experience through its cutting-edge technology.