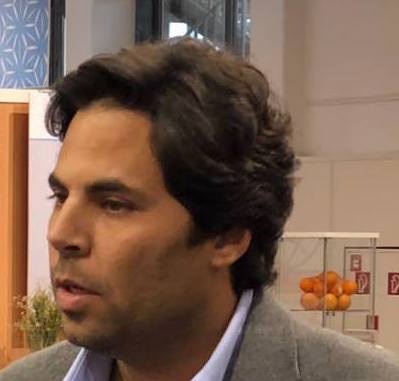 Fruttella for Food Industries aims to increase its exports of agricultural crops between 15 and 20% this season, by increasing the total contracts with existing customers and contracting with new customers through international trade fairs and missions.

Ahmed Sarhan, President of Frutella Food Industries, said the company exported about 23,000 tonnes of different products last year, at a value of EGP 170m, and is seeking to increase the current season by 27,000 tonnes on average.

He explained that the company is seeking to pump new investments worth EGP 25m to create an electronic line to package onions, with a capacity of 100 tonnes per day, making it the first electronic line in Egypt. The company has recently invested EGP 15m in an electronic sorting line for citrus fruits.

Sarhan added that citrus fruits are the main crops the company exports, followed by potatoes, while onions began to increase to 3,000 tonnes last season, with more contracts in the current season, along with mangoes.

He explained that the company is working to enter the unconventional markets in the current period, led by Canada and African countries.

The company started exporting some quantities to Canada and to African countries, such as Angola, Kenya and Uganda, all of which enjoy great opportunities in front of Egyptian agricultural exports even though the current quantities are weak, Sarhan said.

He noted that the agricultural export market this season is weak at the level of citrus fruits and potatoes, which are the main products for the company’s exports.

Sarhan attributed the decline in market performance to the lack of quantities of citrus and potatoes globally, and despite the markets are subject to the theory of supply and demand and expectations of higher prices, but the weakness in the global economy makes buyers unable to afford to contract at high prices.

He added that international prices of agricultural products have a ceiling, no matter how weak the supply, and as opportunities to offset losses suffered by some companies weakened last season, the dollar exchange rate decline in Egypt came to make matters worse.

“Buyers accept somewhat anticipated prices, and then prices gradually decline after natural demand falls, which represents a pressure factor on export companies in Egypt,” he said, adding that the low dollar price in Egypt coincided with the continued increase in production costs, driven by the movement of fuel and water prices at the beginning of the current fiscal year.

Sarhan considered that the decline in the Turkish lira supports “Ankara” exports at the expense of Egyptian exports, as Turkey is considered one of the most important competitors to Egypt in agricultural exports internationally, allowing them to have more competitiveness. The advantage of Turkish products comes from the country’s proximity to many markets targeted by Egypt.

The lira, however, has lost 11% of its value in the past year, falling last December to TL 5.9735 for $1, while the value of the Egyptian pound increased by the same percentage at EGP 16.09 for the dollar.

He pointed out that lower production costs in Turkey and a commitment to easier payment systems compared to Egypt support their competitiveness.

Sarhan considered that the global war between the United States of America and China weakened the other trade movement in recent times and affected demand in most commodities.