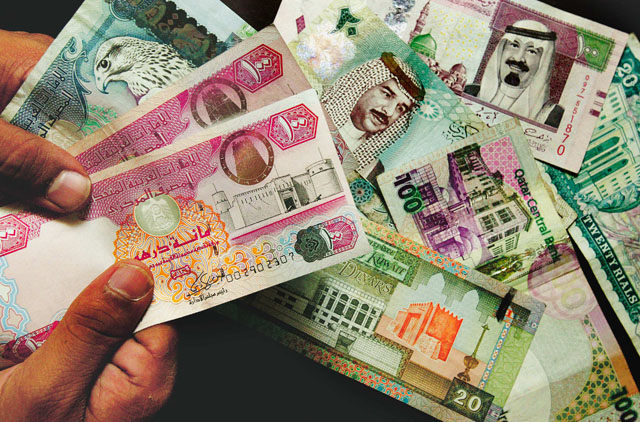 The Gulf Cooperation Council’s (GCC) financial wealth could be depleted in the next 15 years, said the International Monetary Fund’s (IMF) Thursday report titled “The Future of Oil and Fiscal Sustainability in the GCC Region.”

Holding the current levels of expenditure and nonhydrocarbon revenue constant in percent of nonhydrocarbon GDP provided a reference point for assessing fiscal sustainability implications of the benchmark oil revenue projection, the report added.

When projected forward, it implied a steady widening of fiscal deficits and a corresponding erosion of the region’s financial wealth at an accelerating pace, the report mentioned. In this illustrative simulation, the region’s aggregate net financial wealth, currently estimated at $2trn, would turn negative by 2034 as the region became a net borrower.

Total non-oil wealth would be depleted within another decade, the report said, adding that this timeline would be brought forward in alternative scenarios of faster improvement in energy efficiency and introduction of a carbon tax.

In the context of broader goals of sustainability and sharing of exhaustible oil wealth with future generations, all GCC members recognised the lasting nature of their challenge and started planning continued fiscal adjustment in the context of their broader strategic long-term visions.

However, the expected speed and size of these consolidations in most countries may not be sufficient to stabilise their wealth, the report said. These adjustments should be accelerated and sustained over a long period of time, in line with the expected path of hydrocarbon revenue.

In illustrative simulations, long-term fiscal sustainability in the GCC required the average non-oil primary fiscal deficit to decline from the present level of 44% of non-oil GDP to mid-single digits by 2060, the report said.

The oil market underwent fundamental changes as new technologies increased the supply of oil from old and new sources, while rising concerns over the environment saw the world gradually moving away from oil.

This spelled a significant challenge for oil-exporting countries, including those of the GCC which account for a fifth of the world’s oil production. GCC members recognised the need to reduce their reliance on oil and started to implement reforms to diversify their economies as well as fiscal and external revenues.

Nevertheless, as global oil demand was expected to peak in the next two decades, the associated fiscal imperative could be both larger and more urgent than implied by the GCC’s existing plans, the report said.

The evolution of government wealth in the GCC region told a story of two different periods between 1997 and 2014. In early oil wealth accumulation, against the background of a rapidly rising oil price and revenues, countries’ current expenditures grew more gradually, resulting in rapid wealth accumulation in the form of both infrastructure capital and financial investment.

As saving outpaced spending, saving rates (the fraction of fiscal revenue saved) more than doubled, reaching an average of 40% in 2007, the report explained.

Since the global financial crisis, oil prices and average annual oil revenue somewhat declined amid increased volatility. By contrast, current spending in the GCC region continued to grow largely unabated until the 2014 oil price shock – with a notable acceleration in the wake of the Arab Spring in 2011 – rising from 20% of GDP in 2007 to 30% in 2014.

Recognising the need to accelerate efforts to reduce their dependence on oil, all countries adopted new (or modified existing) strategic “visions” for their economies, envisaging faster diversification and private sector development.

Governments began to roll out wide-ranging structural and fiscal reforms, the report explained.