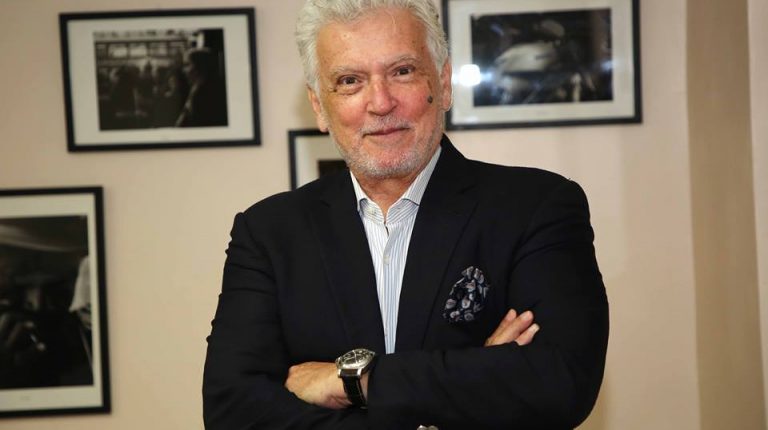 Egypt needs actual and radical solutions to attract local and foreign investments. Such solutions are no secret, it only requires transparency, clarity of vision, and the rule of law, said Karim Helal, managing director of corporate finance and investor relations at Carbon Holdings.

Daily News Egypt interviewed Helal to talk about the overall performance of the Egyptian economy. Having some concerns, he described the current stage in the country as a prelude to important stages of economic growth, chiefly in the industrial sector which needs to be well equipped with modern technology in order for Egypt to become a productive country. Reaching the stage of industrialisation would be the starting point for the Egyptian economy and a significant shift in its course.

Hilal stressed that at the present time we need actual and radical solutions to attract local and foreign investments, noting that these solutions are not hidden, as we only need transparency, clarity of vision and the rule of law.

Helal, who is also a chairperson of the Asia-Egypt Business Association, believes that Africa is the lifeblood of the Egyptian industry, trade, and the local economy in general. Therefore, he praised the government’s current interest and orientation towards the Middle East and Africa.

What are the updates of Carbon Holdings’s initial public offering (IPO)?

The company’s IPO was postponed, but I do not want to get into details and reasons for the delay. Carbon Holdings currently focuses on negotiations with international institutions to get financing as the required financing is large. Carbon Holdings aims to inject $11bn investments in its projects.

How do you see the government’s performance since the application of the economic reform programme?

The year 2019 was very important for the Egyptian economy, as it saw harvesting the reform’s positive outcomes, although some negatives and challenges still exist. Overall, it was a good year, as the economic indicators improved though the lower classes of the community did not feel it.

What are the main positive indicators that Egypt saw in 2019?

The most important indicator was the general budget, on top of which are growth rates, deficit decline, and the local currency coherence. In addition, there were many projects to strengthen, renew, and expand the country’s infrastructure, including electricity, roads, ports, airports, and railways, which attracted the attention of foreign investors and stimulated their appetite. The infrastructure is considered the foundation of sustainability that the government aspires to and cannot be achieved without, firstly, a good infrastructure.

Do you think the government’s and the army’s domination on such projects can be a concern?

Do you think infrastructure projects are the most important in the current period, or should the government have different priorities?

What the government is currently doing is the most important and was a good decision because the infrastructure is the prelude to the next stage, which is manufacturing. Developing the country’s manufacturing capabilities cannot be achieved without a strong infrastructure. Moreover, Egyptian industry also suffers a shortage of production materials and intermediate products which prevents creating integrated products. Small factories, in particular, face difficulty in importing such materials due to bureaucracy such as letters of credits, customs, etc. This complicated process contributed to raising the price of the final product, so it was easier for investors to import finished products than manufacturing them locally. This was the idea behind the Tahrir Petrochemicals Corporation which produces raw material and intermediate products that can be used in various industries.

In your opinion, what are the most important files on which the government should focus?

In 2020, the government should focus on solving the crisis of high external and public debt, where consideration must be given to reducing debt. That said, the reduction rates are not important, but rather the ability to repay. Moreover, borrowing should be meant to increase productivity and growth, create job opportunities, and encourage investment. So, borrowing should have development goals for the country.

How do you asses the investment situation in Egypt?

The investment climate will benefit from the improvement in the overall indicators of the Egyptian economy, as well as the decision to cancel the ministry of investment which would prevent confusion between public institutions that previously affected investment. This decision must be accompanied by strengthening the role of the General Authority for Investment and Free Zones in promoting and stimulating investment. Foreign investments in Eurobonds are not considered an investment as Egypt needs foreign direct investment (FDI). However, investment in debt instruments is a good opportunity for foreign investors with up to 12% interest in US dollars.

In your opinion, why does Egypt lack FDIs?

The low FDIs are the result of the absence of the rule of law, which must be clear and not up for interpretation. There is also a need for clarity and transparency, and to provide facilities and incentives to attract investors, especially since the majority of investment risks always cast on foreign investors.

I affirm that foreign and domestic investments alike need only transparency, clarity of vision, and the rule of law. The actual application of these elements on the ground is the main indictor for the attractiveness of the investment climate.

Do you see the legal framework in Egypt unclear?

I think it allows misinterpretation as it can be understood in more than one way, while its aim is clarity to create the required investment climate, and reassuring the investor that the application of rules and laws will not change whoever rules. As for the second part of what the investor wants, it is the clarity of vision, in addition to an easy and simple exit mechanism, whether selling directly to an investor, so having a large stock exchange that has liquidity and high trading volume. Both are very necessary to attract foreign investors, as it is an important exit method for FDI. We have to be well aware that we are not the only market looking to attract investment, as competition is strong amongst emerging countries. I believe that Egypt does not provide the best options, which is evident by our ranking in the Global Competitiveness Index.

What is your assessment of the Egyptian Exchange (EGX), and do you see it as a suitable exit mechanism for investors?

The EGX needs several radical changes that must occur in the medium term to expand the base of dealers and increase the volume of large securities in the market along with liquidity that allows high funds to enter the market. A successful stock market must depend on the transactions of individuals, not funds and institutions, as recent investments are long-term and are not characterised by movement and daily trading, unlike the transactions of individuals. Therefore, until we reach an active stock exchange with high trading volumes, it is necessary to first expand the base of individuals’ transactions, and when trading volumes rise, the stock exchange will become a good exit mechanism.

How can the EGX expand its individual transactions?

The EGX needs government support to introduce stock trading to the public as a saving means and method to increase capital for companies, so that they can expand their investments and increase their employment opportunities. The financial culture is the first step that must be considered in order to bring about radical changes in the EGX. Achieving these changes would increase the value of trades tens of times.

What are the most attractive sectors for investment?

The tourism sector carries the largest investment opportunities and competitive advantages in the current period. Tourism was one of the sectors that we neglected badly. Recovering the sector also starts from education, through teaching the principles of hospitality, in addition to the health sector.

What do you think of real estate investment opportunities?

I expect a real estate bubble with the large increase in the supply. The investment opportunities in the sector are limited, whether in the medium or low-income housing, as the government sells land at a high cost for developers, who cannot afford to build middle-income housing, so they focus on upper medium and luxury housing.