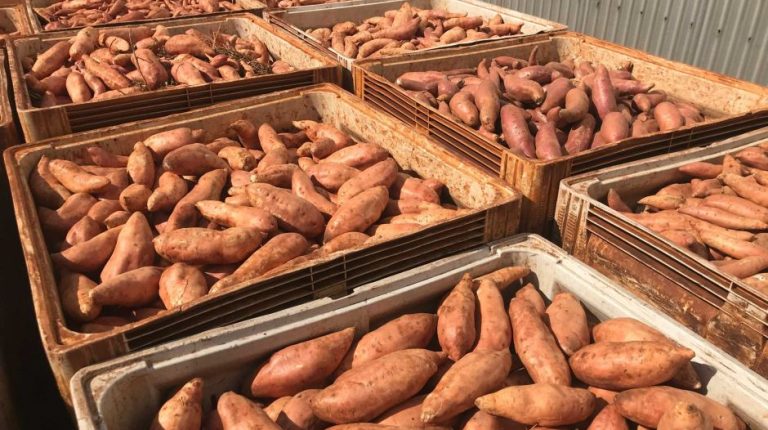 ITC, which exports fruit and vegetables, aims to export 1,500 tonnes of sweet potatoes to Europe this year, compared to only 500 tonnes last year.

Ehab Sharaf, chairperson of the company, said ITC seeks to increase the volume of its exports by cultivating 100 feddans of sweet potatoes for export to European markets.

He emphasised that the expansion in agriculture will increase the company’s production, contributing to raising exports during the coming period, and increasing competitiveness both locally and globally.

He explained that ITC has been working since 2015 in exporting agricultural crops and started to export in early 2016. The company exports sweet potatoes, grapes, oranges, potatoes, mangoes and strawberries.

He added that the volume of the company’s exports during the past year was $400,000. The company aims to achieve an increase in the volume of its exports to reach $1m in conjunction with the opening of new export markets.

He pointed out that the company exports its full production capacity, and the largest proportion of the company’s exports are concentrated in the Netherlands, Germany, Switzerland, France, England and Portugal.

He added that the company aims to expand in the European market and enter serious export markets in America, Russia, Canada, and South and East Asia, given the high demand in those markets for fresh fruit and vegetables.

He explained that this is ITC’s first participation in the Fruit Logistica exhibition, which he considers a good opportunity to meet the company’s current customers and open itself to new export markets through new clients.

Up to 98 Egyptian exhibitors participate in Fruit Logistica 2020: AEC